Justicia hyssopifolia is a species of plant that belongs to the Acanthaceae or acanthus family of plants. Justicia hyssopifolia is also sometimes called water willow or the shrimp plant, on account of the similarity of the flowers to shrimps. The plant is an evergreen perennial with broad leaves and tubular flowers that can be white cream, pink or yellow. Justicia hyssopifolia contains a group of arylnapthalene lignans that may have biological activity in animals. One such lignan, elenoside, has been reported to have central nervous system activity, and in this regard may cause sedation. The central nervous system effects of elenosides has been investigated in mice at doses of 25 and 50 mg per kg body weight. At these doses, elenoside showed anxiolytic and sedative effects in the mice, supporting other evidence that elenosie can have antidepressant activity in animals. This also supports the traditional use of the aerial parts and roots of Justica plants as treatments for epilepsy and mental disorders. 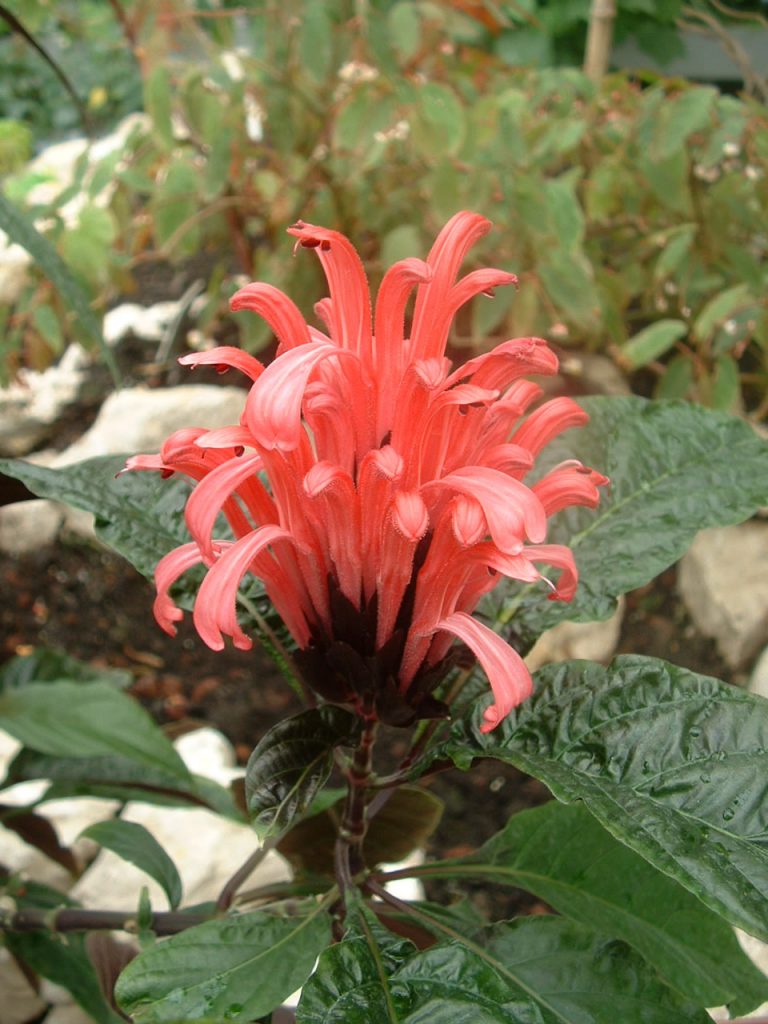 A number of plants from the Acanthaceae family (almost 250 known genera, and 2500 known species) are sources of drugs. Justica hyssopifolia is one such plant that may have therapeutic effects. This pharmacological activity may relate to the presence of a lignan called elenoside within the plant tissues. Elenoside may interact with the central nervous system and have anxiolytic and sedative effects in animals. Image is Jusica hyssopifolia/ Image by: CC BY-SA 3.0, https://commons.wikimedia.org/ w/ index.php?curid=116518.

Robert Barrington is a writer, nutritionist, lecturer and philosopher.
View all posts by Robert Barrington →
This entry was posted in Anxiety, Depression, Mood, Water Willow (Justicia hyssopifolia). Bookmark the permalink.