Hazard and Hazard Ratio in Statistics

Hazard ratios are a specific type of relative risk that are calculated using a statistical technique known as survival analysis. Survival analysis keeps track of how many subjects do not experience a particular event during a specific time period. When the data is plotted over the entire time of the study, the results show a decreasing curve, which falls as fewer people are not affected by the event (time-to-event curve or Kaplan-Meier curve, figure 1.). If we have two identical groups that differ only in the treatment they are given, we might expect the two curves plotted for their survival to differ over time as the treatment has an effect. From the curves we could calculate the hazard, which is essentially the absolute risk over time. The hazard ratio is simply the value of the hazard calculated from the treatment curve, divided by the hazard calculated from the control curve. Based on the complexity, statistical software is required to make this calculation to estimate the hazard ratio. 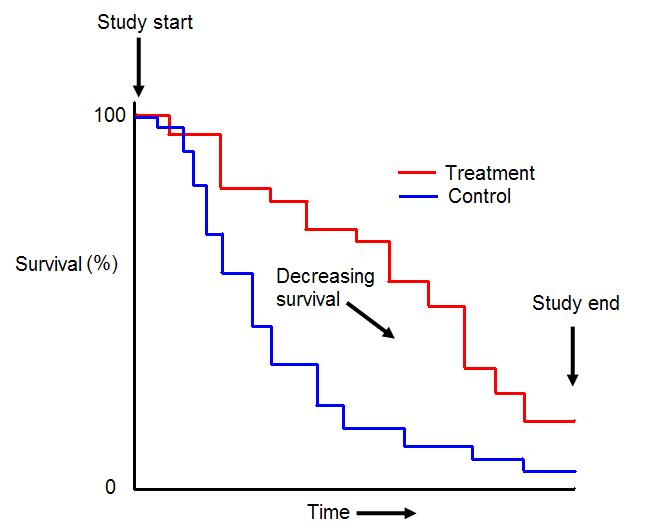 Figure 1. The time-to-event curve or Kaplin-Meier curve. As time progresses, percentage survival decreases in both groups. Plotting curves on the graphs allows statistical analysis to be performed to calculate the hazard (absolute risk over time) for each group. Dividing the hazard in the treatment group by the hazard in the control group produces the hazard ratio.