Pau Santo (Kielmeyera coriacea) is a flowering plant native to the savanna region of Brazil. The plant is a small shrub with characteristic white flowers. Evidence suggests that the plant has medicinal properties. In particular, extracts of the plant may decrease anxiety in animal models of stress. For example, in one study, researchers administered extracts of Pau Santo stems to rats and observed a significant anxiolytic effect following application of stress to the animals. This effect was similar to the effect from administration of the antidepressant drug imipramine. It has been suggested that the active anxiolytic in Pau Santo are a group of chemicals that belong to the xanthone class. Xanthones are similar to flavonoids structurally. Studies have suggested that Pau Santo extracts may inhibit the uptake of serotonin, noradrenaline and dopamine in a concentration dependent manner, which may explain the pharmacological effects of the plant. 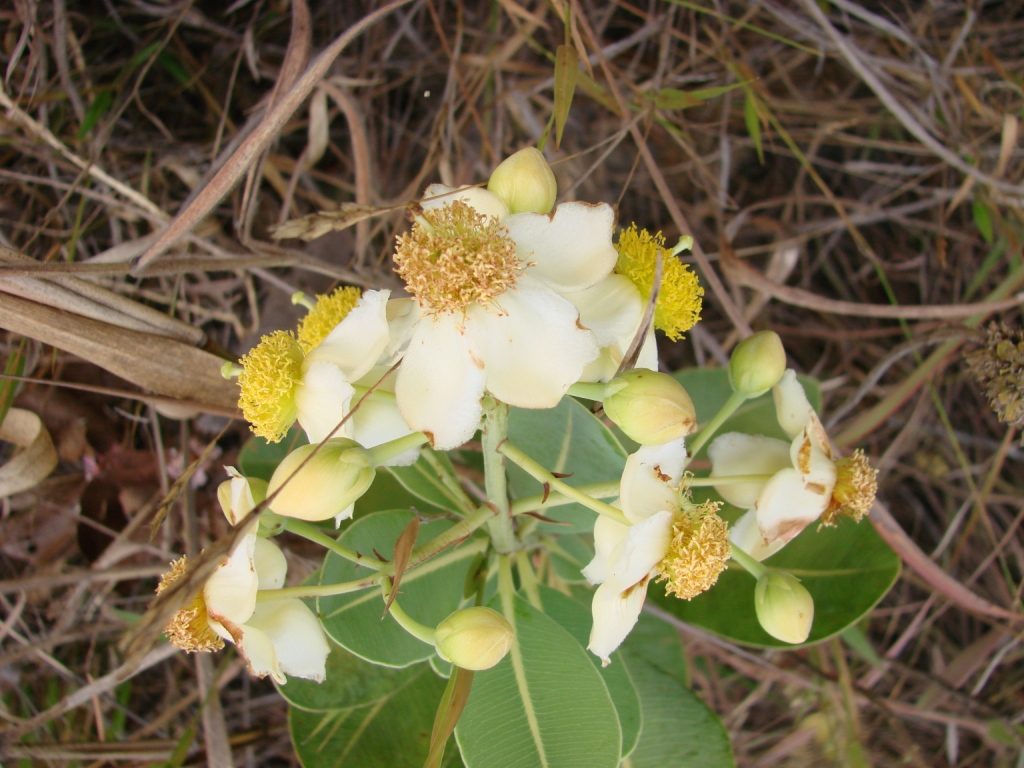 Pau Santo (Kielmeyera coriacea) may have medicinal effects in animals. These medicinal effects includes anxiolytic properties. The anxiolytic properties of the plant may derive from the presence of a group of chemicals called xanthones. Xanthones are structurally related to flavonoids, but are found in a more limited number of plants. Flavonoids have also been evidenced to have significant anxiolytic properties. The similar structure may suggest that xanthones and flavonoids work in similar ways. Image is of Pau Santo. Image by João Medeiros – Kielmeyera coriacea, CC BY 2.0, https://commons.wikimedia.org/ w /index.php? curid=10751971.

Biesdorf, C., Cortez, D. A. G. and Audi, E. A. 2012. Assessment of anxiolytic and panicolytic effects of dichloromethane fraction from stems of Kielmeyera coriacea. Phytomedicine. 19: 374-377

Robert Barrington is a writer, nutritionist, lecturer and philosopher.
View all posts by Robert Barrington →
This entry was posted in Anxiety, Depression, Mood, Pau Santo (Kielmeyera coriacea). Bookmark the permalink.