Mitragyna speciosa is a tropical tree from the Rubiaceae or coffee family of plant. This evergreen tree is sometimes called Kratom in Thailand or ketum in Malaysia. The plant grows in parts of Thailand, Indonesia, Papua New Guinea and Malaysia. Mitragyna speciosa has been used in traditional medicine, mainly for its stimulant effects. Evidence suggests that Mitragyna speciosa has some central nervous system effects including antidepressant effects. These effects may be due to the presence of the alkaloid mitragynine in extracts of the plant. For example, in one study, researchers investigated the effects of 10 and 30 mg per kg mitragynine in mice following intraperitoneal injection. The results of the study showed that the mitragynine extracts significantly reduced depressive symptoms in the mice without affecting muscle function. At the same time there was a significant reduction in corticosterone secretion, suggesting that the extracts may have caused their effects through an anti-stress effect on he mice. 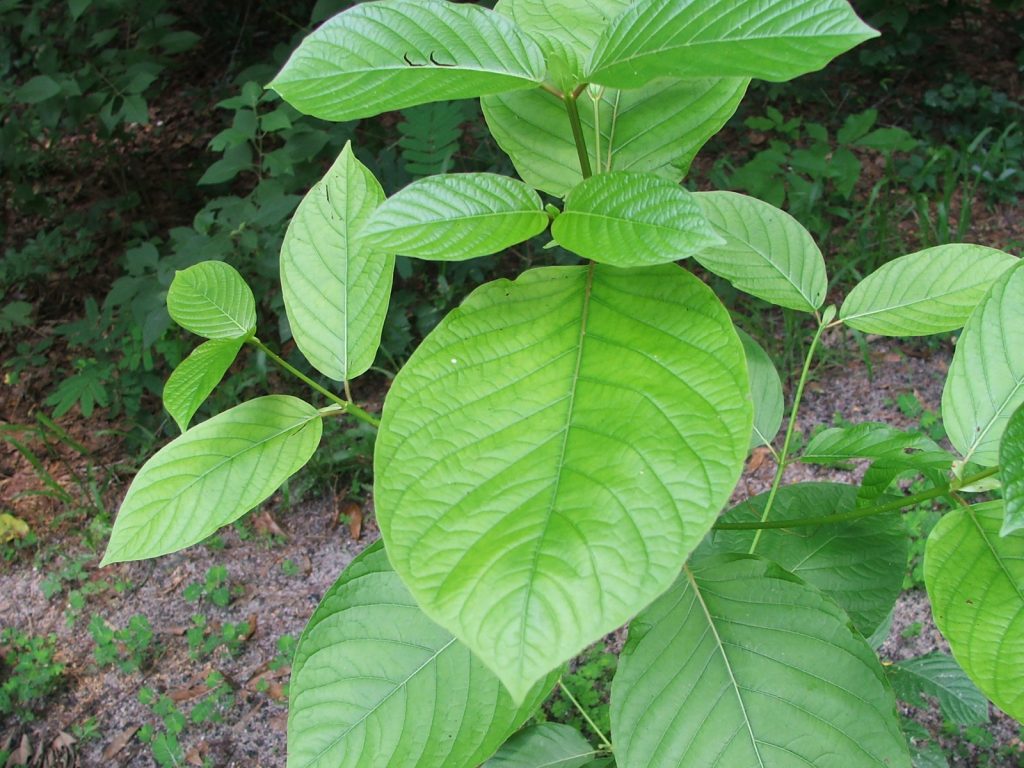 Mitragyna speciosa is rich in a number of indole alkaloids, one of which is called mitragynine. Mitragynine may be responsible in part for the central nervous system effects of extracts of the plant. Image in Mitragyna speciosa. Image by Uomo vitruviano – Own work, CC BY-SA 3.0, https:// commons.wikimedia.org/ w/index.php?curid=12196426.

Robert Barrington is a writer, nutritionist, lecturer and philosopher.
View all posts by Robert Barrington →
This entry was posted in Anxiety, Depression, Mitragyna speciosa (Kratom / ketum), Mood. Bookmark the permalink.