Morus alba (white mulberry) is a small tree from the Moraceae or mulberry family of plant. White mulberry is grown commercially to feed the silkworms that are used to produce silk. The tree contains edible berries, but they are poisonous if unripe. Evidence suggests that certain extracts of white mulberry may have adaptogenic properties. For example, in one study researcher administered white mulberry root extracts at various concentrations to rats. The rats where then exposed to chronic stress in the form of electrical shocks to the feet. The shocking of the rats produced a decline in the cognitive function, but the white mulberry extracts were able to attenuate that deficit. The extracts also reduced the corticosterone levels of the rats and prevented other changes associated with stress, such as reductions in the weight of the adrenal glands and detrimental changes to blood sugar. Therefore white mulberry root extracts may have significant protective effects against stress in animals. 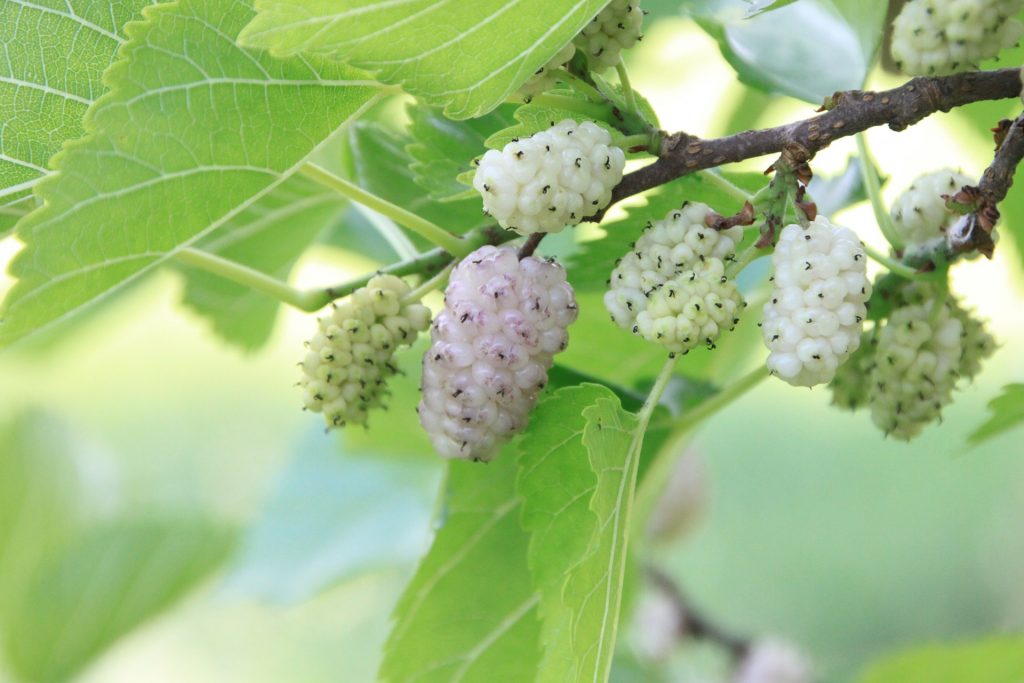 Morus alba (white mulberry) contains a number of phytochemicals. These include flavonoids (including anthocyanins), tannins, triterpenes, anthocyanins, anthroquinones, phytosterols, sitosterols, benzofuran derivatives, morusimic acid, oleanolic acid, alkaloids, steroids, saponins and phenolic compounds. It is unclear which compounds are responsible for the adpatogenic properties of the root extracts, but saponins have been shown to possess this effect in other species of plant.

Robert Barrington is a writer, nutritionist, lecturer and philosopher.
View all posts by Robert Barrington →
This entry was posted in Anxiety, Depression, Mood, Mulberry (Morus alba). Bookmark the permalink.