The white sapote (Casimiroa edulis) is a small tree belonging to the Rutaceae or citrus family of plants. That the white sapote has central nervous system effects is evidenced by the native Mexican name for the plant which is cochitzapoti or “sleep-sapote”, on account of the plant’s sedative effects. Extracts of leaves and seeds have traditionally been used to treat anxiety and insomnia in humans and these effects are well reported in Mexican traditional medicine. In rats, the central nervous system effects of the leaves of white sapote have been shown to include significant anti-anxiety effects. Research suggests that these effects are similar to the benzodiazepine drug diazepam. Further, leaf extracts have also been shown to have antidepressant effects in rats similar to the selective serotonin reuptake inhibitor drug, fluoxetine. Leaf extracts also produce sedative effects in rats. Therefore leaf extracts of white sapote appear to have significant and wide ranging central nervous system effects in animals. 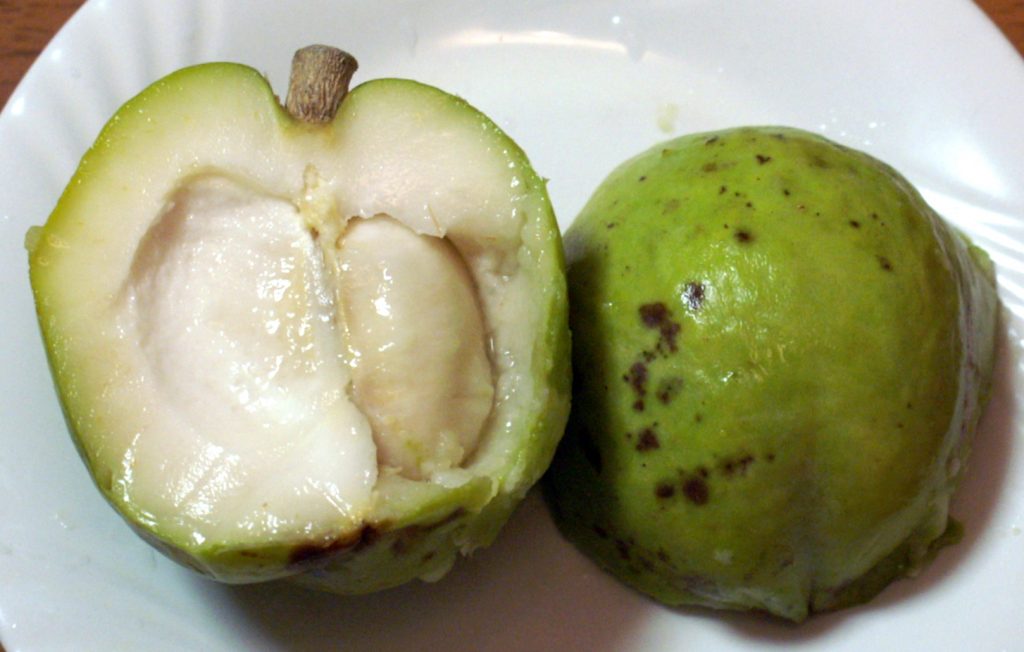 White sapote (Casimiroa edulis) may contain a number of phytochemicals that explain its pharmacological activity. Like all plants, white sapote contains a range of flavonoids and these may contribute towards the central nervous system effects of the plant. In particular, the plant may contain flavones including zapotin and zapotinin. Flavones such as apigenin and chrysin have been shown to bind to the benzodiazepine receptor in the brains of animals, and both zapotin and zapotinin may also share this activity. Image is the fruit of the white sapote tree. Image from: By Takoradee – Own work, CC BY-SA 3.0, https:// commons.wikimedia.org/ w/ index.php?curid=6906797.

Robert Barrington is a writer, nutritionist, lecturer and philosopher.
View all posts by Robert Barrington →
This entry was posted in Anxiety, Depression, Mood, White Sapote (Casimiroa edulis). Bookmark the permalink.