Lutein Intake: Another Marker of Health?

Posted on October 27, 2017 by Robert Barrington

Lutein is a xanthophyll found in high concentrations in dark green leafy vegetables such as spinach and kale. Xanthophylls are oxidised carotenoids, and like carotenoids, they may have antioxidant effects in animals. Carotenoids and xanthophylls are found mainly in foods of plant original and those with the highest intake of fruits and vegetables tend to have the highest intakes of phytonutrients including carotenoids and xanthophylls. Oxidative stress is a condition whereby free radicals, generated by metabolic by-products or of environmental origin, overwhelms cellular antioxidant defences and this leads to tissue damage and a deterioration in health. Oxidative stress is associated with a number of diseases including cardiovascular disease. Dietary antioxidant such as xanthophylls can protect from disease because of their ability to reduce free radical propagation, which in turn limits oxidative stress and protects tissue damage. Lutein may therefore have particular health benefits because of its antioxidant effects in humans. 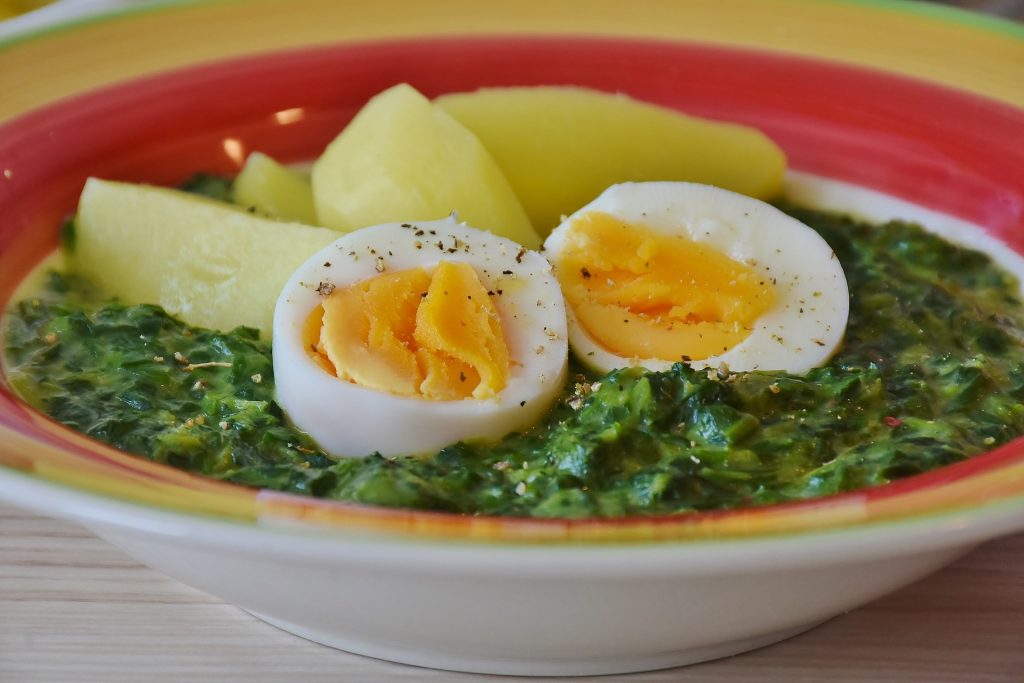 Lutein is a xanthophyll found in spinach and kale. Lutein may have antioxidant effects in animals including humans. Evidence suggests that those with the highest intake of xanthophylls may have a reduced risk of cardiovascular disease compared to those with the lowest intake. The presence of antioxidant nutrients such as xanthophylls in fruits and vegetables may in part, explain the protective effects of fruits and vegetables against disease. Lutein is available as supplements but the most effective method to obtain phytonutrients such as lutein is through a diet containing a wide variety of plant foods. This ensures a varied intake of a number of different phytonutrients, and this may confer better protection from disease compared to taking high amounts of a single isolated compound. Interestingly, lutein is also present in egg yolks, which are an important dietary source. The lutein content of egg yolks is dependent of the diet of the chickens.

Robert Barrington is a writer, nutritionist, lecturer and philosopher.
View all posts by Robert Barrington →
This entry was posted in Cardiovascular Disease, Carotenoids, Lutein, Xanthophylls. Bookmark the permalink.