Eurycoma longifolia is a medium sized shrub that belonging to the Simaroubaceae family of plants. The plant grows primarily in the forests of Burma, Indochina, Malaysia, Sumatra, Borneo and the Philippines. Eurycoma longifolia is also known by the common names of long jack, tongkat ali and pasak bumi. Sometimes it is referred to as Malaysian ginseng. The medicinal part of the Eurycoma longifolia plant is the root, which is used in traditional Asian folk medicine for its antimalarial, antidiabetic, antimicrobial, and antipyretic activities. It is also considered an aphrodisiac. Evidence suggests that Eurycoma longifolia may have anxiolytic effects in animals. For example, in one study researchers investigated the pharmacological effects of Eurycoma longifolia root extracts in mice and found that the extracts significantly reduced anxious behaviour in a way that was comparable to the benzodiazepine drug diazepam. The root extracts also significantly decreased the fighting behaviour in the mice, suggestive of a sedative effect. 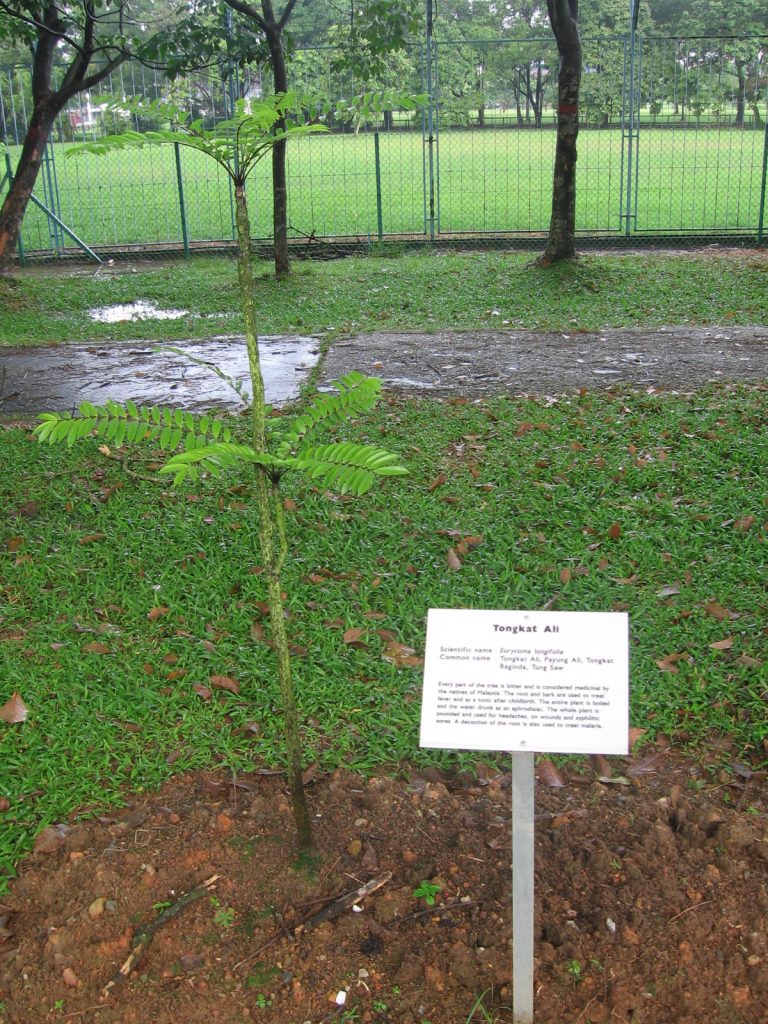 Eurycoma longifolia extracts have been analysed and found to contain a number of phytochemicals. In particular, a group of glycoprotein called quassinoids including eurycomanol, eurycomanone, and eurycomalactone have been identified as possibly being responsible for the pharmacological effects of root extracts of Eurycoma longifolia. One mechanism of action might be that they are able to inhibit pro-inflammatory pathways such as the NF-κB signaling pathway. Image is a Eurycoma longifolia tree. Image from: By Taken by User:Sengkang of English Wikipedia in July 2006., Copyrighted free use, https:// commons.wikimedia.org/ w/ index.php?curid=998391.

Robert Barrington is a writer, nutritionist, lecturer and philosopher.
View all posts by Robert Barrington →
This entry was posted in Anxiety, Depression, Eurycoma longifolia, Mood. Bookmark the permalink.