Posted on October 22, 2019 by Robert Barrington

The white water lily (Nymphaea alba) is a freshwater growing herb. All parts of the plant have historically been used in traditional medicine. The properties attributed to the herb include those of an aphrodisiac, anodyne, astringent, antiscropullantic, cardiovascular tonic and anti-inflammatory. In addition, evidence suggests that the extracts of the herb have have sedative and anxiolytic effects that make it useful in the treatment of mood disorders. For example, in one study, researchers administered ethanolic extracts of white lily to mice and then subjected the animals to experimental stress. The results of the study showed that the white lily extracts were significantly able to alter the behaviour of the mice in a way that could be interpreted as showing the mice had experienced significant anxiolytic effects. This behavioural changes included a significant reduction in aggressive and fearful behaviour and a significant increase in movement. The white lily also cause significant muscle relaxing effects 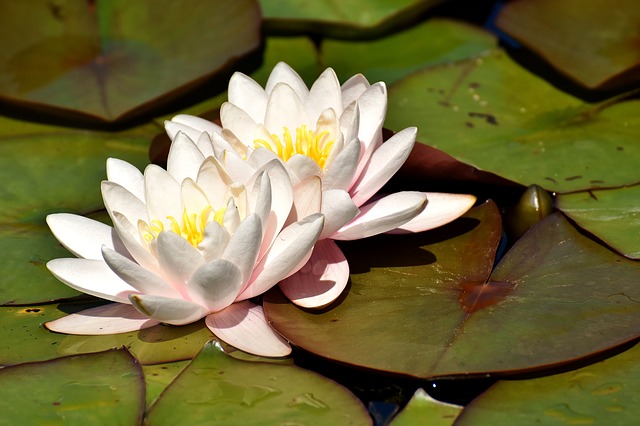 A number of phytochemicals have been identified from the white water lily including tannic acid, gallic acid, alkaloids, sterols, flavonoids, glycosides, tannins and high molecular weight polyphenols. These phytochemicals may explain the anxiolytic effects attributed to the herb.

Robert Barrington is a writer, nutritionist, lecturer and philosopher.
View all posts by Robert Barrington →
This entry was posted in Anxiety, Depression, Mood, Water Lily (Nymphaea sp.). Bookmark the permalink.