Annona diversifolia is a plant used in traditional Mexican herbal medicine for the treatment of nervios. Nervios in Latin America is considered a state of bodily and mental unrest, possibly as caused by stress. One aspect of nervios that is well characterised in the detrimental effects on the mood of the individual. Annona diversifolia is useful in the treatment of the mood component of nervios, which suggests that it may have anxiolytic and antidepressant activity. Researchers have identified palmitone, an aliphatic ketone, as the active principle that may give Annona diversifolia its mood elevating properties. For example, in one study, researchers administered plamitone to mice and exposed them to experimental stress. In comparison to control animals who were administered no plamitone, the treatment mice exhibited more explorative behaviour indicating a reduction in anxiety, which produced no sedative effects in the mice at the dose used. Therefore palmitone from Annona diversifolia may have significant anxiolytic effects. 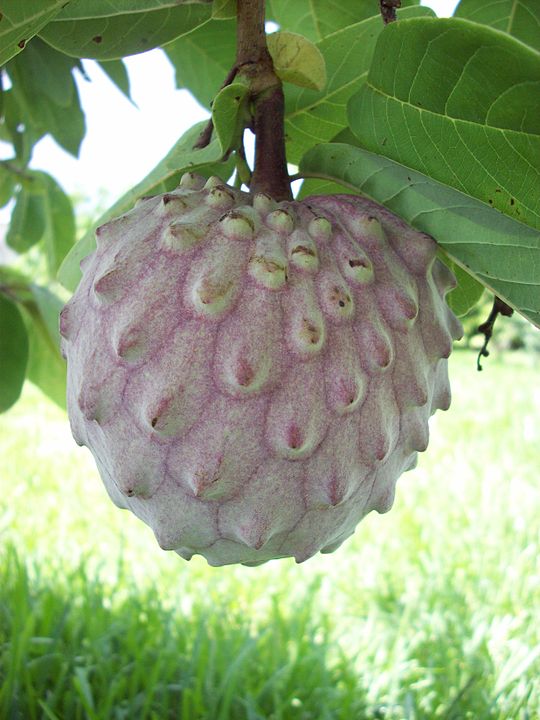 Palmitone is known to have anti-convulsive effects in animals. This may suggest that it works through activation of the GABA neurotransmitter system in the brain. If true, then this may explain the anxiolytic effects of the herb in animal studies, as GABA activation can produce considerably anxiolytic effects in animals. Palmitone has been isolated from the leaves of the Annona diversifolia plant, and this may explain the use of the leaves in traditional Mexican medicine as a treatment for nervios, or nervous disorders. Image is of the fruit of the Annona diversifolia plant. Image from: I likE plants! from Tamarac, FL, US – Ilama 007, CC BY 2.0, https://commons.wikimedia.org/w/index.php?curid=11886580.

Robert Barrington is a writer, nutritionist, lecturer and philosopher.
View all posts by Robert Barrington →
This entry was posted in Annona diversifolia, Anxiety, Depression, Mood. Bookmark the permalink.