Zinc As An Antidepressant

Posted on September 12, 2019 by Robert Barrington

Evidence suggests that a zinc deficiency is associated with depressive symptoms in animals and humans. Studies have investigated whether a low zinc intake is a cause of depression, or that low blood levels of zinc are a consequence of depression. In this regard animal experiments where deficiencies are caused in animals through the feeding of low zinc diets indicate that a zinc deficiency is a causative factor in the development of depression. In clinical trials zinc salts such as zinc sulphate, zinc hydroaspartate and zinc chloride have antidepressant effects. One interesting finding regarding zinc is that when it is given in combination with pharmaceutical antidepressants at doses below their effective level, zinc is able to increase the effectiveness of the drugs. In addition, combination therapy reduces the time taken for improvements in mood to be seen. A number of mechanisms have been suggested to account for the antidepressant effects of zinc supplements, including attenuation of the N-methyl-D-aspartate (NMDA) receptor and attenuation of the stress response. 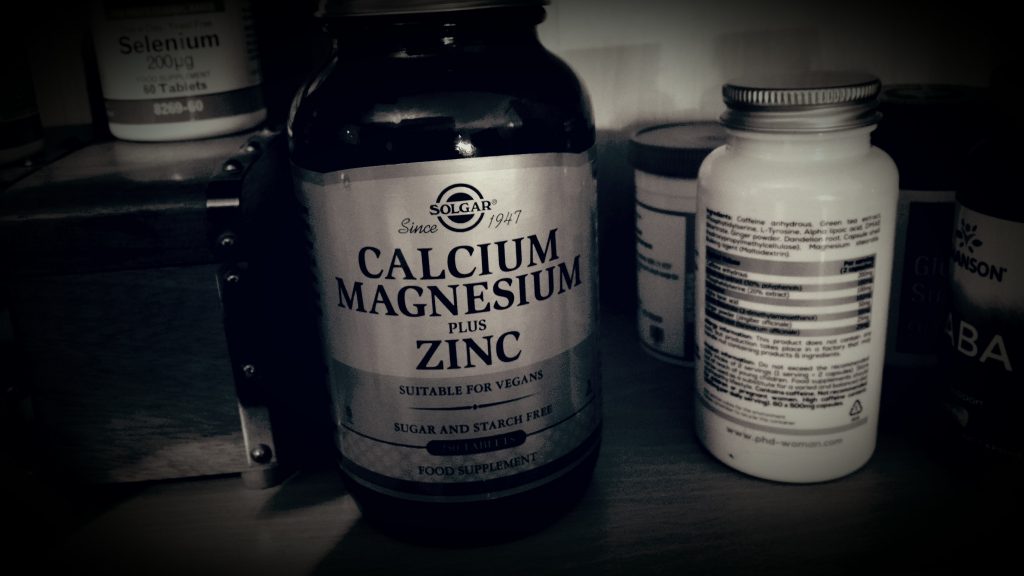 One explanation for the effectiveness of zinc as an antidepressant is that it is able to attenuate the glutamatergic system through an inactivation of the glutaminergic NMDA (N-methyl-D-aspartate) receptor. This may relate to the NMDA receptor being involved in depression and mood changes through overactivation. By attenuating this overactivity, zinc may have antidepressant effects. Another possibility is that zinc deficiency increases the release of stress hormones such as corticosterone in animals and cortisol in humans. Higher zinc intakes may attenuate this stress response and this may have antidepressant effects.