Vitamin E refers to a group of closely related compounds that share the biological activity of α-tocopherol. These vitamers are α-, β-, γ- and δ-tocopherol and α-, β-, γ- and δ-tocotrienol. All eight vitamin E vitamers possess a chromanol head that differs in the number and location of attached methyl groups, with similar patterns seen between the tocopherol and its equivalent named tocotrienol. To their chromanol head, the tocopherols possess a saturated phytyl tail made of repeating isoprenoid units. In contrast, the tocotrienols possess an unsaturated tail which contains 3 unconjugated double bonds. The conjugated double-bond pattern seen in the tocotrienols gives the phytyl tail a pronounced kink, and this has implications for the biological properties, when compared to the straight saturated tail of the tocopherols (figure 1). The methylation pattern on their chromanol head also alters their biological activity. 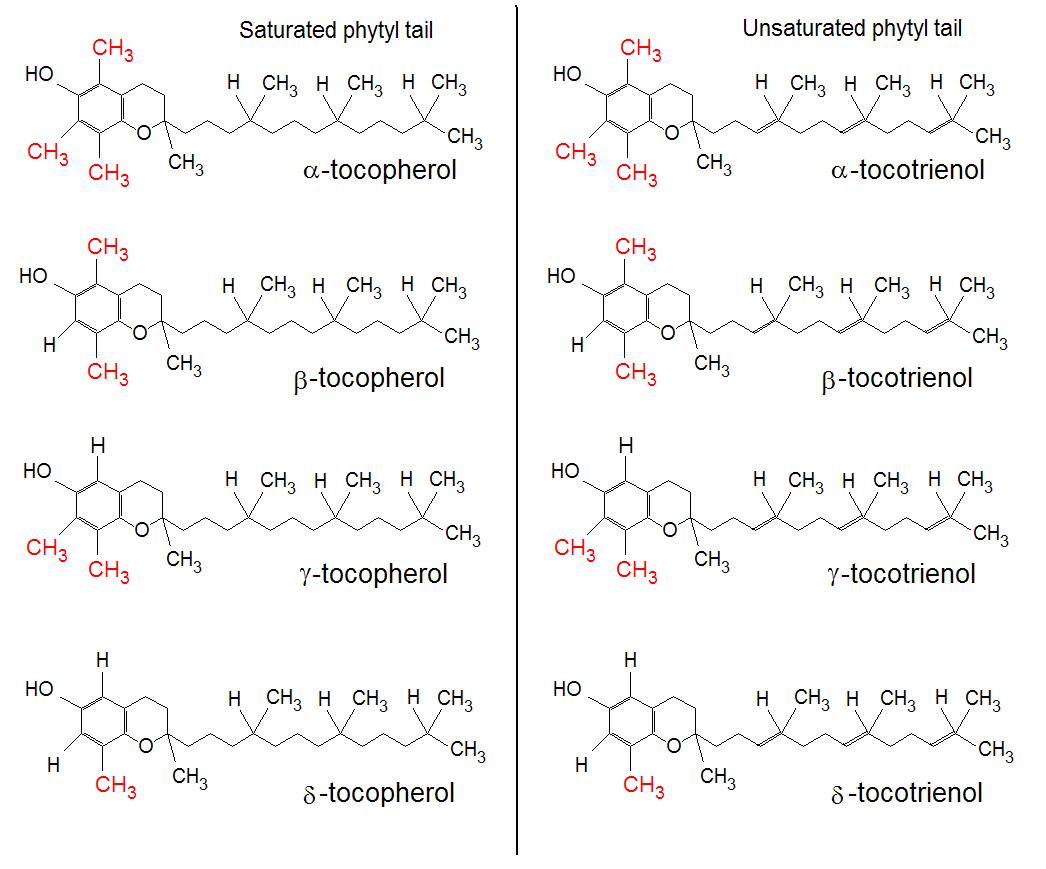 Each of the eight vitamin E vitamers also possesses stereo-centres around some of their carbon atoms. Each chiral carbon can have two orientation of their bonding groups, and these orientations are designated R (dextral) and S (sinistral) depending on whether they rotate plain polarised light to the right or left, respectively. Because there are 3 chiral carbons on the tocopherols, and each possesses one of two orientations (R or S), there are eight possible combination of stereoisomers, RRR, RRS, RSR, SRR, SSS, RSS, SRS and RSS. However, the tocotrienols can only form two stereo isomers as they do not possess the two chiral carbons on their phytyl tails (figure 2). Plants only produce vitamin E in the RRR (tocopherols) or R form (tocotrienols), and this is also referred to as the D– form. The compound D-α-tocopherol (RRR-α-tocopherol) is designated a biological activity of 100%. 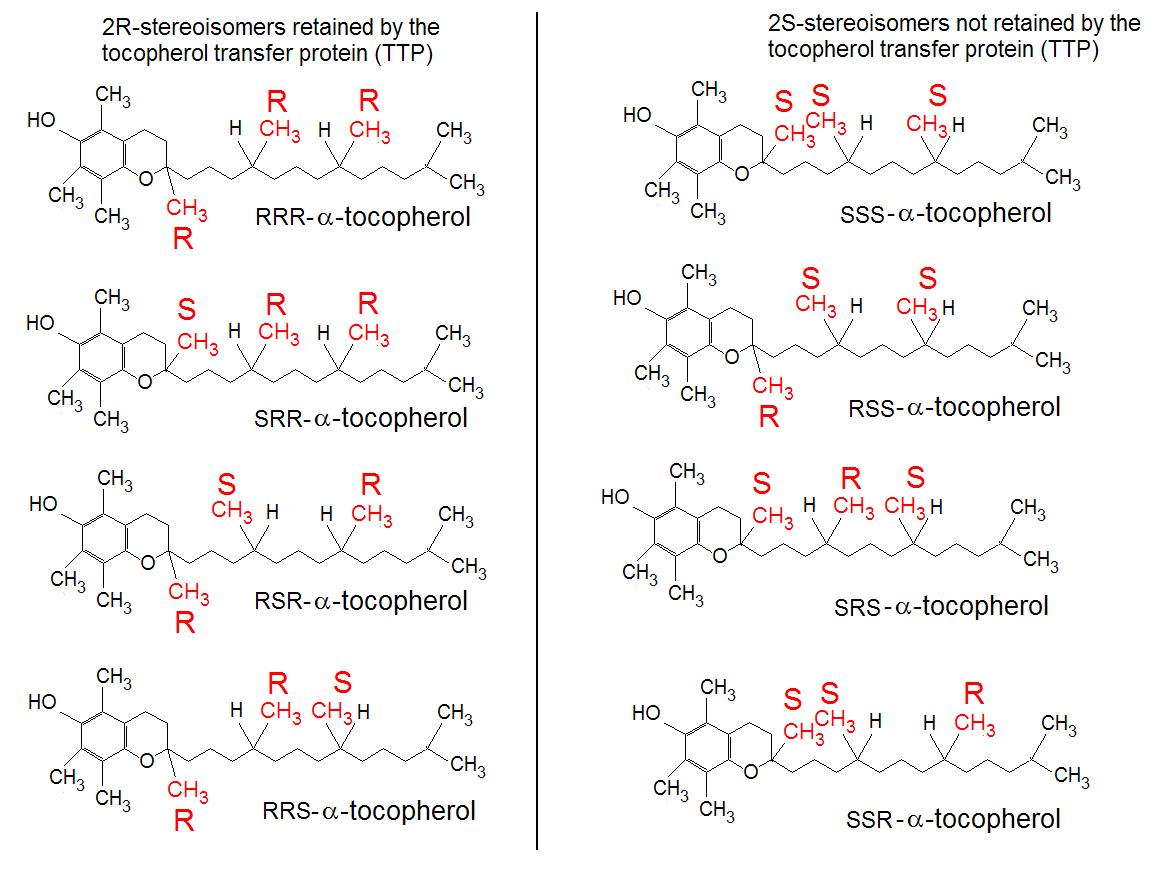 Figure 2. The eight stereoisomers of α-tocopherol. Each tocopherol vitamer of vitamin E possesses similar stereoisomerism because they all possess the same saturated phytyl tails.