Posted on January 22, 2019 by Robert Barrington

Selenium is an essential mineral. One of the main roles played by selenium in human metabolism is as a cofactor for the antioxidant enzyme glutathione peroxidase. Low levels of selenium decrease the activity of glutathione peroxidase, and this decreases the antioxidant defences of the individual. Antioxidants are important in protecting the brain from degradation by the ravages of free radicals. If free radical generation is excessive, or if antioxidant defences low, atrophy of the brain can occur and this leads to mood changes and mental deterioration. Having adequate levels of glutathione peroxidase is therefore beneficial to general antioxidant status, and this may in turn be required for correct mental health. Adequate dietary selenium may therefore be pivotal in providing protection from mental health issues, and those with poor intakes of selenium may benefit from increasing their selenium status through supplementation. In fact, evidence in the nutritional literature suggests that selenium supplements are beneficial at improving mood. 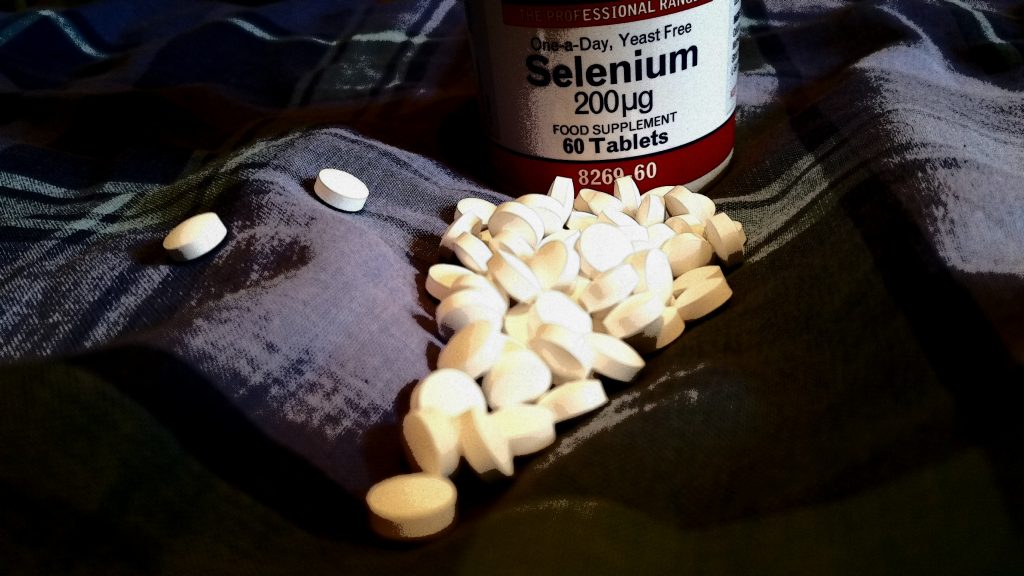 In some countries including New Zealand, the United Kingdom, Scandinavia, China and the United States it has been noted that the soils are low in selenium and as a result the population may be deficient in selenium. Low intakes of dietary selenium may cause poor mood states and mental health problems including anxiety. Supplementation with selenium in individuals with low dietary intake may significantly improve mood.

For example, in one study, researchers investigated the effects of selenium supplements on the mood of a group of British people. Subjects were administered either 100 micrograms per day of selenium as an organic yeast formed compound or a placebo for 5 weeks The subjects filled in a mood state questionnaire before and after the 5 week supplementation period. The results of the study showed that those subjects consuming the selenium had significant improvements in general mood, and this included significant reductions in the anxiety that they were experiencing. The amount of elevation of mood was correlated to the levels of selenium in the diet, which was estimated from a questionnaire supplied to the subjects to record their food intake. Those with the lowest levels of selenium in the diet reported the most anxiety, depression and tiredness, and these subjects received the greatest benefit from taking the supplements. Therefore selenium appears to be effective at improving the mood of those with low dietary intakes of the mineral.

Robert Barrington is a writer, nutritionist, lecturer and philosopher.
View all posts by Robert Barrington →
This entry was posted in Antioxidant, Anxiety, Depression, Glutathione peroxidase, Mood, Selenium. Bookmark the permalink.