Magnesium to Treat Depression in the Elderly?

Posted on January 30, 2019 by Robert Barrington

A number of clinical studies have observed the ability of dietary magnesium supplements to effectively and rapidly treat depression in humans. The reason for this is not fully understood but may relate to the ability of magnesium to cause relaxation in the neuromuscular system. Total body magnesium levels are known to be lowered during depression and levels have been shown to increase following recovery from depression. However, the cause and effect of this relationship are not understood and other factors may be involved. Magnesium deficiency is known to cause apathy and psychosis, and these factors may be involved in the development of the associated depression. A number of studies have observed rapid improvement in depressive symptoms with magnesium supplements. Magnesium supplements may raise blood and tissue levels of magnesium and restore depleted reserves, or may be acting in a more drug like manner to alter the function of the central nervous system. 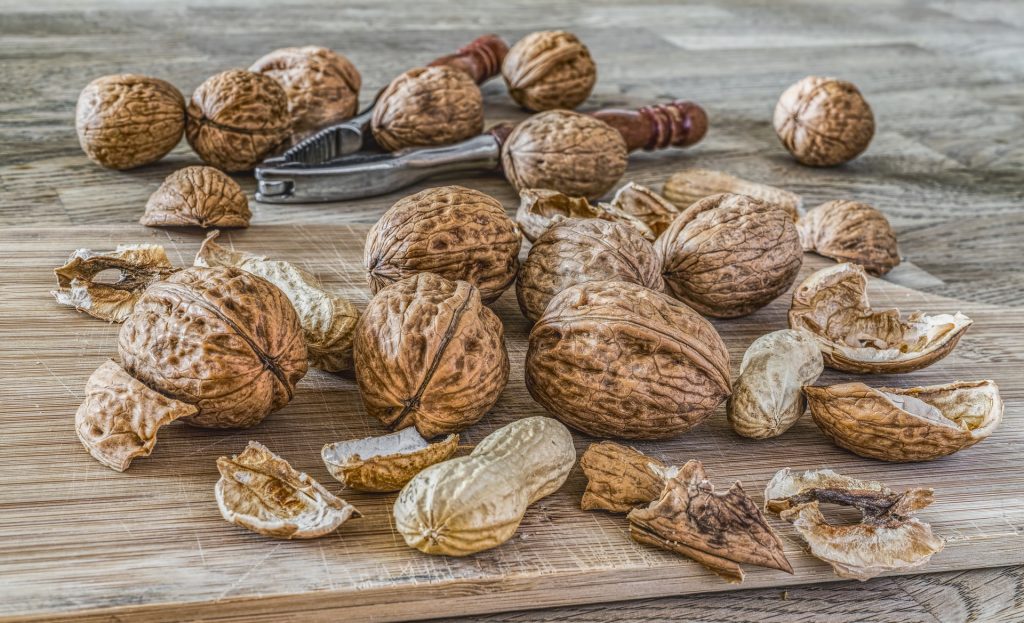 Studies suggest that 12 weeks of magnesium chloride at 450 mg per day is effective at treating depression in elderly subjects with type 2 diabetes. Nuts are considered to be high in magnesium.

For example, in one study researchers investigated the effects of magnesium chloride in a group of elderly subjects with type 2 diabetes. Type 2 diabetes is associated with depression, and along with depression the researchers also observed that the subjects had low plasma levels of magnesium. Subject were administered 450 mg of magnesium or the antidepressant drug imipramine daily for 12 weeks. Magnesium supplementation cause significant increases in blood magnesium levels compared to the impirimine group as might be expected. Significant difference were seen in the depressive symptoms of both the imipramine and magnesium groups, but there was no difference between the two groups. Therefore in this study, magnesium was equally as effective at treating the depression of the subjects compared the the antidepressant drug imipramine. The ability of magnesium to cause improvements in depressive symptoms may relate to the ability of magnesium supplements to raise blood levels of the mineral.

Barragán-Rodríguez, L., Rodríguez-Morán, M. and Guerrero-Romero, F. 2008. Efficacy and safety of oral magnesium supplementation in the treatment of depression in the elderly with type 2 diabetes: a randomized, equivalent trial. Magnesium research. 21(4): 218-223