Posted on November 5, 2018 by Robert Barrington

Lippia refers to a Genus (group) of flowering plants from the Verbenaceae (vervain or verbena) family. The Genus contains between 200 and 400 different species and these are characterised by their fragrant aroma, which is due to the presence of a unique essential oil. However, there is a great deal of dispute about exactly which plants belong to this group, with some authors including certain plants and others excluding them. Lippia plants are found mainly in South and Central American and in Tropical Africa. The leaves of many species of Lippia can be used as a herb in cooking for their flavour. One species of plant, Lippia dulcis Trevir, has exceptionally sweet licorice-flavoured leaves that can be used as an alternative to sugar, and is often added to beverages for this reason. The essential oil of Lippia species may have particular medicinal properties. The chemical composition of Lippia species appears to be relatively consistent with minor variation, which suggests that many plants are interchangeable in their medicinal role. 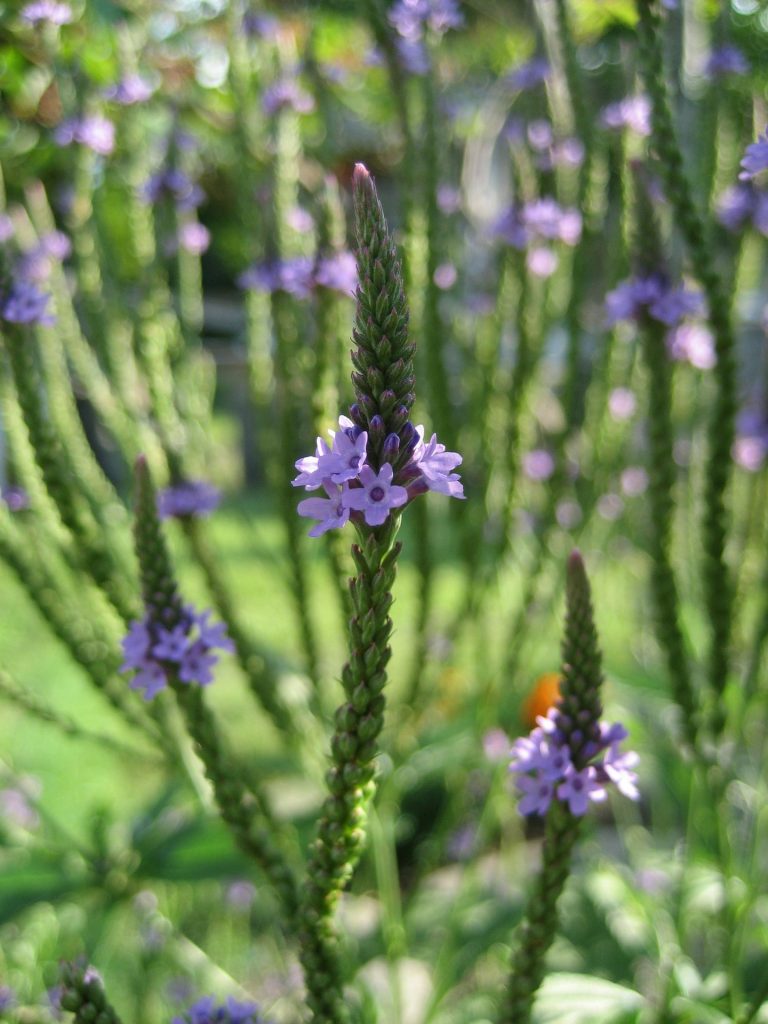 The most common medicinal role for Lippia species is in the treatment of respiratory disorders.  such as coughs, colds, bronchitis, influenza, shortness of breath and asthma. Medicinally the leaves, stems and other aerial parts of Lippia plants tend to be used therapeutically in the form of a tea or other decoction. However, some evidence suggests that Lippia species of plants may possess anxiolytic and sedative effects. For example researchers have investigated the effects of Lippia alba on the behaviour of rats exposed to experimental stress designed to induce generalised anxiety and panic disorder. The results of the study showed that Lippia alba conferred anxiolytic effects on the rats, and the behaviour exhibited by the rats administered Lippia was comparable to that of the benzodiazepine drug diazepam. A similar anxiolytic behavioural response was seen in rats administered the Lippia essential oil component carvone, suggesting that this compound may have been responsible in part for the effects of Lippia. 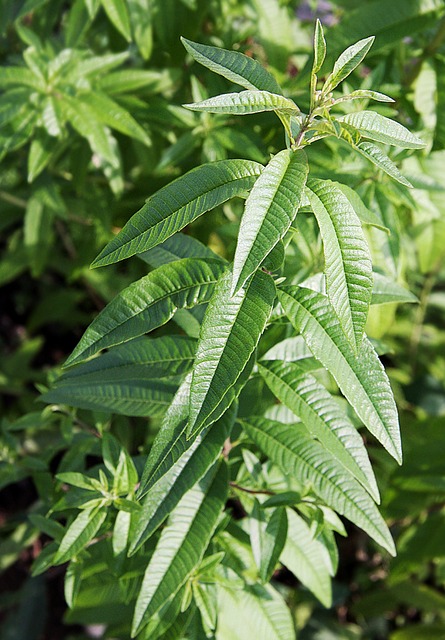 The sweet compound in Lippia dulcis Trevir has been identified as the sesquiterpenes hernandulcin and epihernandulcin. Other species of Lippia also contain sesquiterpenes including lippifoli-1(6)-en-5-one. Lippia plants also contain polyphenolic substances including derivatives of the hydroxy cinnamate caffeic acid (including verbascoside and acteoside), derivatives of the phenolic acids p-coumaric acid and ferulic acid, and a wide range of flavonoids, the majority of which are flavones (including, luteolin, luteolinhispidulin, 6-hydroxyluteolin, luteolin 7-O-β-glucoside, cismaritin, diosmetin, cirsiliol, chrysoeriol apigenin and pectolin-arigenin). Some flavanones (including naringenin and pinocembrin) are also present. Lippia also contains a number of triterpene and steroidal derivatives that are most commonly saponins. A number of alkaloids are also present in the aerial parts of the Lippia plants.

In another study Lippia alba leaf extracts were shown to possess both sedative and muscle relaxant effects in mice. These effects were highest in the extracts containing the most flavonoids, suggesting that the flavonoid concentrations may be an important determinant of the sedative effects of Lippia alba leaf extracts. In another study, the essential oil of Lippia alba containing either 55 % citral, 10 % myrcene, 63 % citral and 23% limonene, or 55 % carvone and 12 % limonene was investigated on the behaviour of mice. All of the extracts caused significant sedation, and also caused anxiolytic effects in mice exposed to stress tests. Citral, myrcene and limonene all appeared to have sedative effects in the mice. However the anxiolytic and sedative effects were not as great as for with the benzodiazepine drug diazepam. Other researchers have measured the binding capacity of flavonoids extracted from Lippia alba on the benzodiazepine receptor and found that the flavone luteolin 7-digucuronide was the most active. 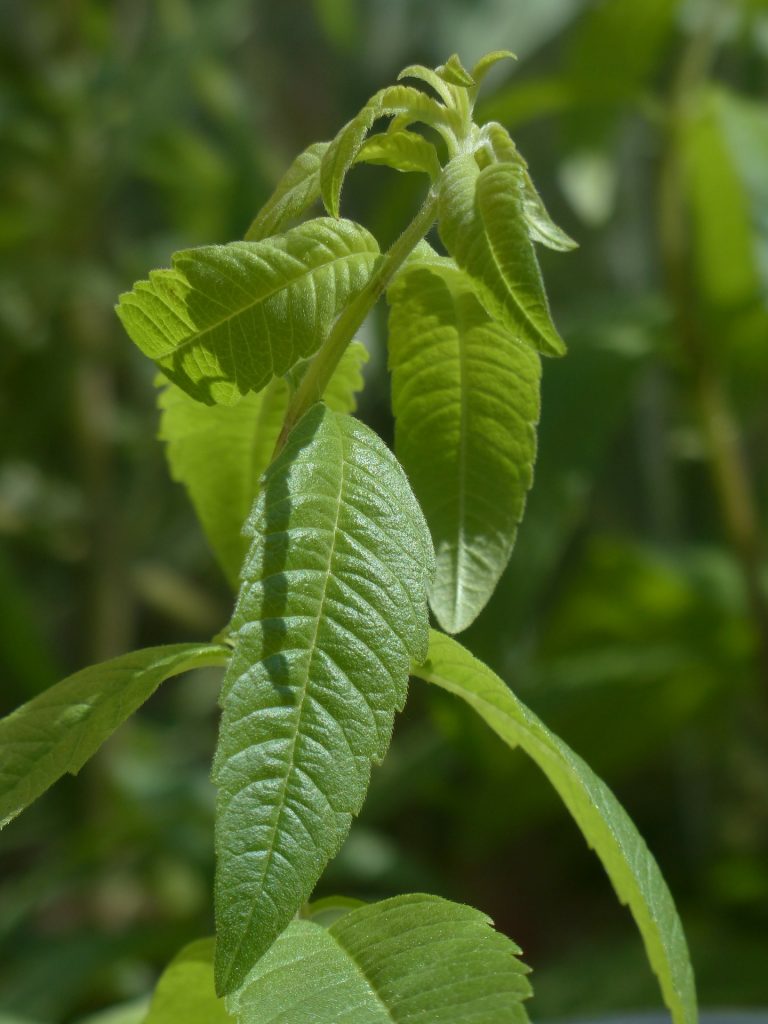 The leaves of Lippia alba plants has been shown to possess significant antioxidant properties. This is likely due to the presence of polyphenolic compounds including hydroxycinnamates and flavonoids in the leaves. Antioxidants have been shown to be beneficial against mood disorders because they prevent the detrimental lipid peroxidation of brain tissue that can be a causative factor in neurodegeneration.

In another study researchers investigated the mood elevating and behavioural effects of another Lippia plant, Lippia graveolens. Mice were administered leaf extracts of Lippia graveolens and then exposed to experimental stress. The researchers observed significant anxiolytic effects in the Lippia graveolens group, an effect that was similar to that of the benzodiazepine drug diazepam. Therefore Lippia species of plants appear to demonstrate anxiolytic and sedative effects in mammals. Lippia studies on humans are very limited and so it is difficult to determine the usefulness of the herb in the treatment of mood disorders. One study investigated the effects of Lippia citriodora on human subjects, but found no evidence of anxiolytic effects. However, many of the phytochemicals contained within Lippia plants have been shown to have significant effects against mood disorders in experimental models and in humans. Therefore the traditional use of Lippia plants as a treatment for anxiety is likely a real effect, but more studies are needed.

Razavi, B. M., Zargarani, N. and Hosseinzadeh, H. 2017. Anti-anxiety and hypnotic effects of ethanolic and aqueous extracts of Lippia citriodora leaves and verbascoside in mice. Avicenna Journal of Phytomedicine. 7(4): 353-365

Robert Barrington is a writer, nutritionist, lecturer and philosopher.
View all posts by Robert Barrington →
This entry was posted in Anxiety, Brain, Herbs, Lippia Plants, Mood. Bookmark the permalink.