Posted on September 18, 2019 by Robert Barrington

Iron is an essential element required for neurotransmitter synthesis and cell function. Iron is important in the oxygenation of cells , and plays role in oxygenation of the brain, enzymes and neurotransmitters. Proper iron status is therefore pivotal to correct mental function. Iron is able to interact with the N-methyl-D-aspartate (NMDA) receptor as iron forms part of the iron responsive-element binding protein (IRE-BP). This protein is required for post transcriptional RNA synthesis following activation of the NMDA receptor by nitric oxide. This may explains the association between iron and mental health. Despite this, some confusion remains about the role of iron in depression because it has been suggested that low iron status may result from depression, rather than be the cause of it. However, it is clear that iron deficiency may be a causative factor in mental deterioration and modifications to normal behaviour, and so a diet low in iron is likely to exacerbate any potential causes of a mood disorder. 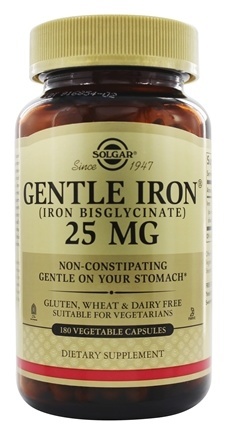 Dietary iron can be obtained easily from red meat, as this contains both haemoglobin and myoglobin, which are rich in iron. Vegetarians are therefore most at risk of an iron deficiency due to the absence of red meat in the diet. Women are also more at risk of iron deficiency than men. Roughly 11 % of women and 4 % of men have too low levels of iron in the diet.

Robert Barrington is a writer, nutritionist, lecturer and philosopher.
View all posts by Robert Barrington →
This entry was posted in Anxiety, Depression, Iron, Mood. Bookmark the permalink.