The ionised forms of certain minerals are useful to all living cells because they contain charge. Humans require a number of inorganic mineral elements that are essential as they must be provided by the diet. Essential minerals constitute around 4% of total body weight in an average human but their importance in health cannot be understated. Although many of the essential minerals are widely available in a variety of foods, increasingly certain mineral elements are becoming deficient from the diets of an growing number of individuals. This can be particularly true on people reliant of foods grown geographically in regions of mineral poor soils. For example, a deficiency of selenium in the soils of certain regions of China has been linked to increases in cancer rates in these areas. Low levels of  iodine in Derbyshire in Britain is historically recorded as leading to goitre in the population. 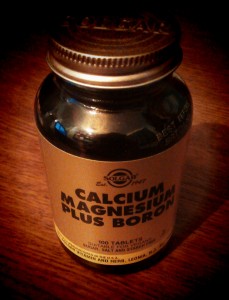 Essential minerals are generally classified as macro or micro minerals depending on the intakes required in the diet. The macrominerals are required in amounts greater than 100mg/d and constitute the greatest part of the total mineral concentrations of the body. In contrast microminerals (sometimes called trace minerals) are required in much smaller amount (<100mg/d). Based on these criteria, the macrominerals essential to humans are sodium, calcium, magnesium, sulphur, potassium, phosphorus and chloride. Macrominerals tend to be needed in larger amounts because they are required for the maintenance of osmotic pressure in fluids, as charge carriers in nerve conduction and as structural elements in bone. The microminerals are generally cofactors for metalloenzymes, which do not function correctly without their associated metal ion. The essential microminerals include iron, zinc, copper, selenium, chromium, iodine, manganese, molybdenum, fluoride.

Some essential minerals are needed in even smaller concentrations than the micro minerals. Called the ultra-trace minerals, these elements are controversial because although their essentiality has been shown in animal studies, their exact role in humans is not always clear or proven. Generally, there is evidence that nickel, silicon, vanadium, arsenic and cobalt are essential in humans, but studying the role of these essential minerals is difficult because they are present in both food and the body at such low concentrations. In animals that can be fed tightly regulated diets, deficiencies of these minerals leads to disease, that is reversed on reintroduction of that minerals. However, such controlled diets are more difficult to administer to humans for ethical and practical reasons. As well as the ultra-trace elements, some research from animal studies suggests that rare-earth elements may also be required for mammalian health. However, research in this area is very limited.