I recently came across an interesting paper in the American Journal of Clinical Nutrition that I felt was worth covering in some detail. The study involved using negative and positive imagery with high calorie and low calorie foods, respectively, in order to ‘alter responses to visual food cues’. This means that certain foods were associated with imagery that was perceived as negative and some positive, with all images taken from a database of such negative and positive images (used for research purposes such as this). The method of the study consisted of the subjects being shown a series of pictures of food (both high and low calorie) and being asked to rate the foods on a scale that represented the desirability to consume them. The subjects were then split into two groups and one group simply repeated this protocol. However, the other group were shown the negative pictures alongside the high calorie food pictures and positive pictures alongside the low calorie pictures while rating them based on their desire to consume them. 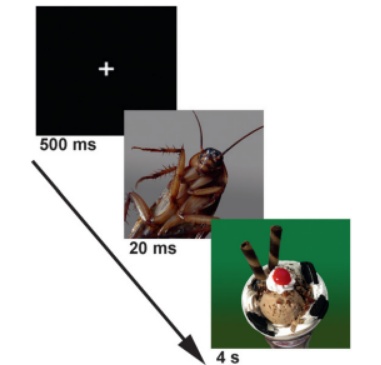 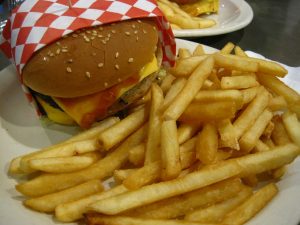 Could subconscious imagery be used in advertising for foods such as this in order to increase their consumption?

However, more interestingly, the desirability of other high calorie foods also fell in the subjects who had been shown negative imagery. This suggests that the effects of the negative imagery on the desirability of the food was not specific to the images shown, but a general effect that encompassed all high calorie foods. In addition this effect persisted to when the subjects were retested some days later. This study therefore shows what I have suspected for some time, and that is is possible to use imagery placed into the subconscious to change the desires of the individual without them being aware of the subversion. This throws up a number of questions about food advertising and whether they currently use similar tricks to increase the sale of their low quality foods. If negative imagery can be used to reduce the intake of high calorie foods, can positive imagery be used to increase their desirability? In this study the positive imagery was not tested with high calorie foods, and so it is not possible to say what would happen.