Yarumo (Cecropia glaziovii) is an evergreen tree that is found growing in tropical areas of Central and South America. Yarumo can grow up to 15 meters tall and is used as a source of food and as a source of raw materials for commodities in the areas it grows. Historically the leaves of yarumo have been used in South American Traditional medicine for the treatment of cardiovascular and respiratory disorders. Crude extracts of yarumo have been shown to possess significant anti-inflammatory and antioxidant effects, which may explain their benefits at treating certain cardiovascular and respiratory conditions. The chemical composition of yarumo has been analysed and a number of components identified. In particular, extracts of yarumo are rich in flavonoids of the proanthocyanidins and flavan-3-ol (catechin) categories. In addition, the hydroxycinnamic acids chlorogenic acid and caffeic acid, and a number of terpenes are also present. These compounds could explain the antioxidant effects of yarumo reported in studies. 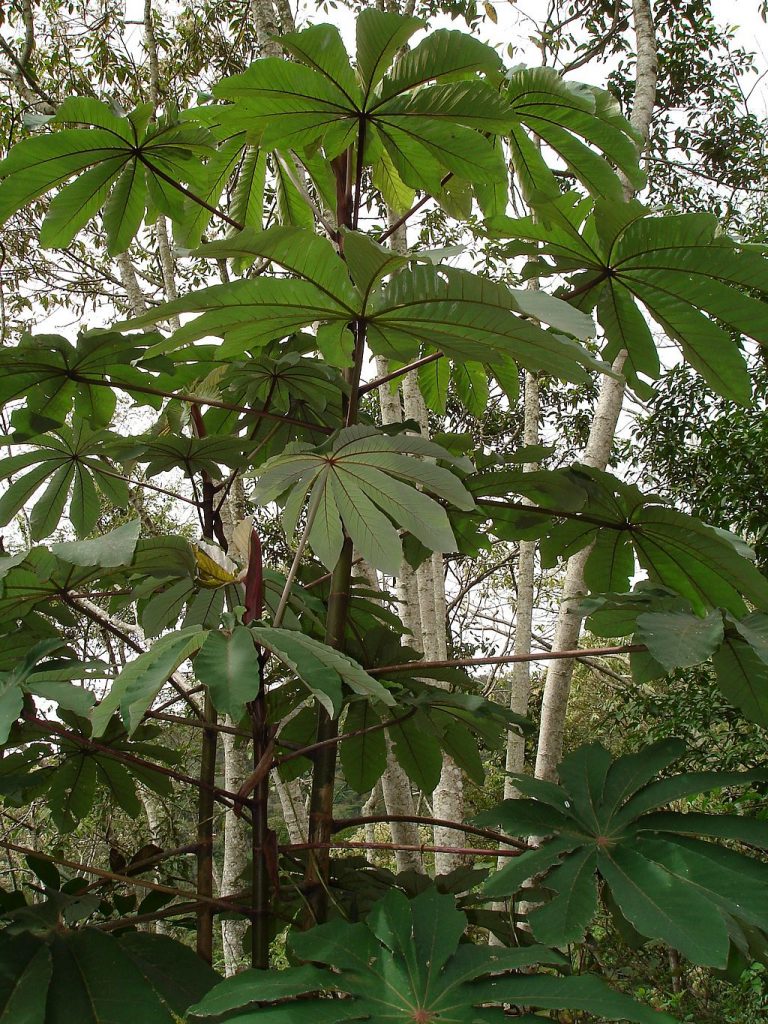 Yarumo (Cecropia glaziovii) is a tree that grows in tropical regions. Yarumo has traditionally been used to treat respiratory and cardiovascular conditions in Traditional South American Medicine. However, the high antioxidant content of the yarumo may also make it a useful anxiolytic and antidepressant herb. Only animal studies have been performed to date but these have shown promise in regards to the herb being developed as a medicine for humans mood disorders. Image by Eurico Zimbres (Own work) [Public domain], via Wikimedia Commons.

Yarumo may also possess mood elevating effects in animals. In this regard a number of animal experiments have investigated these effects. For example, in one study researchers administered an extract of yarumo to mice and exposed them to experimental stress. The extracts of yarumo significantly reduced the anxiety experienced by the mice. In addition, the researchers found that a butanol extract was effective, but a water extract was not effective in this regard. This suggests that the active components of yarumo are possibly components more likely to dissolve in butanol, such as flavonoids and terpenes. In another study, researchers administered a butanol extract of yarumo to rats and exposed them to experimental stress. The results showed that the extracts of yarumo demonstrated significant antidepressant activity in the rats. This was likely due to increases in monoamine neurotransmitter levels in the brains of the rats. The catechin compounds present in the extract were most active in this regard.