Posted on February 15, 2015 by Robert Barrington

Watercress is a semi-aquatic plant with alternate toothed leaves and small white flowers (figure 1). The watercress plant is native to Western and central Europe, and can be found in the United Kingdom growing in streams and ditches. The popularity of watercress as a food has caused its distribution to spread, and the plant is now cultivated all over the World for use as a salad dressing. Watercress is a member of the mustard (brassica) family of vegetables (also called cruciferous vegetables) that include cauliflower, radish, brussels sprouts, horse radish, cabbage, bok choy and rapeseed. Nutritionally watercress possesses many of the same nutritional quantities of other brassica family vegetables which include a high content of vitamin C, and this explains its historical use as a cure for scurvy. The bitter taste of the herb make it a useful addition to salads. However this bitter taste is caused by the presence of chemicals called glucosinolates, and these give watercress some interesting medicinal properties. Glucosinolates are also found in other brassica family vegetables. 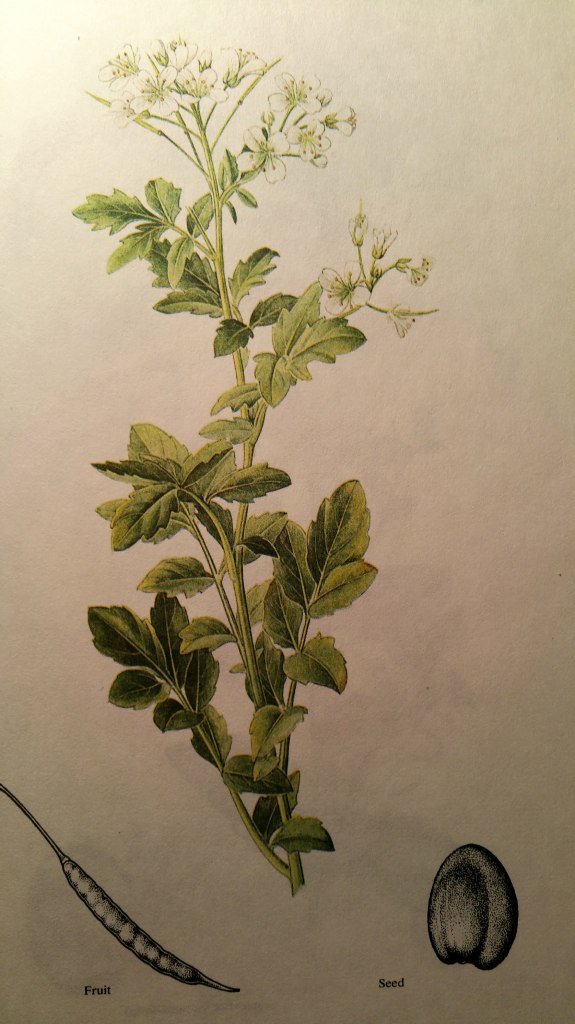