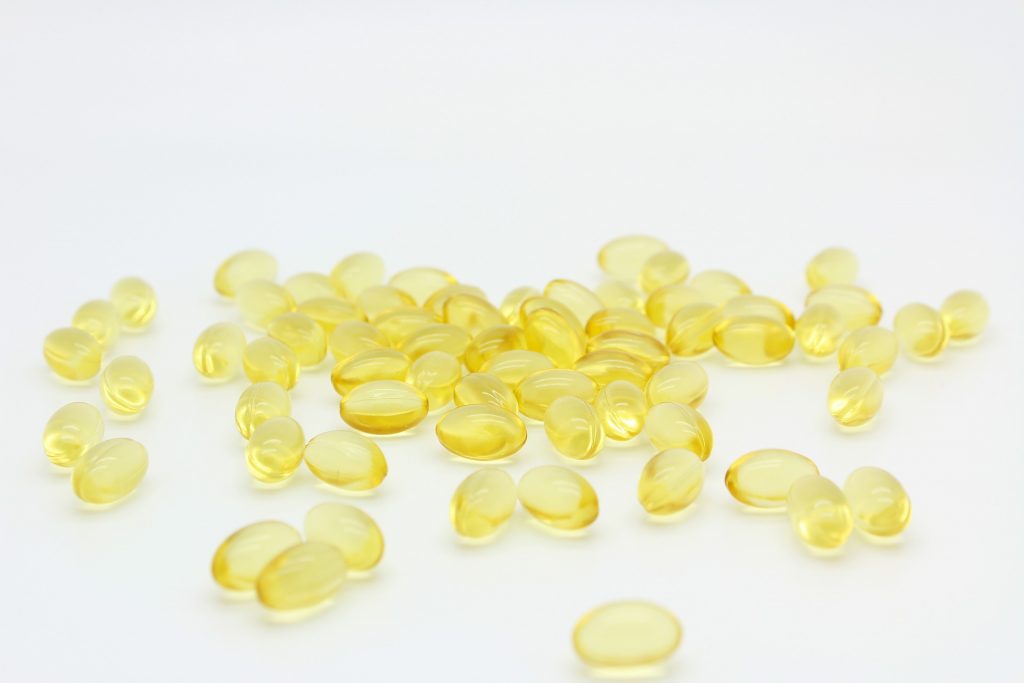 Powdered vitamin E is the ester forms of the parent alcohol. So tocopherol (the alcohol form) bonds with an organic molecule much as acetate or succinate) to form tocopheryl acetate or tocopheryl succinate, respectively. The tocopheryl forms are more chemically stable due to a lower propensity to be oxidised.

Tocopherols and tocotrienols are oils at room temperature and as such are present in supplements as oils within bottles or capsules. However, vitamin E is also available as a power and this can be found in tablets and gelatine capsules. The powdered form is also the form most commonly used in multivitamin tablets. Alpha tocopherol, and other vitamin E isomers, can be converted from an oil to a powder by reacting the chemical alcohol (as signified by the ‘-ol’ suffix) with an organic molecule such as acetate or succinate. This then creates an ester bond between the tocopherol and organic molecule and this changes the chemistry of the compound and its nomenclature. A tocopherol molecule bonded to succinate for example would be called tocopheryl succinate to designate that the vitamin E component is no longer an alcohol but is an ester (‘-yl’ suffix). Because the phenolic hydroxyl is not present in tocopheryl molecules there is a lower propensity for tocopheryl to oxidise and it is therefore more stable and has a longer shelf life. 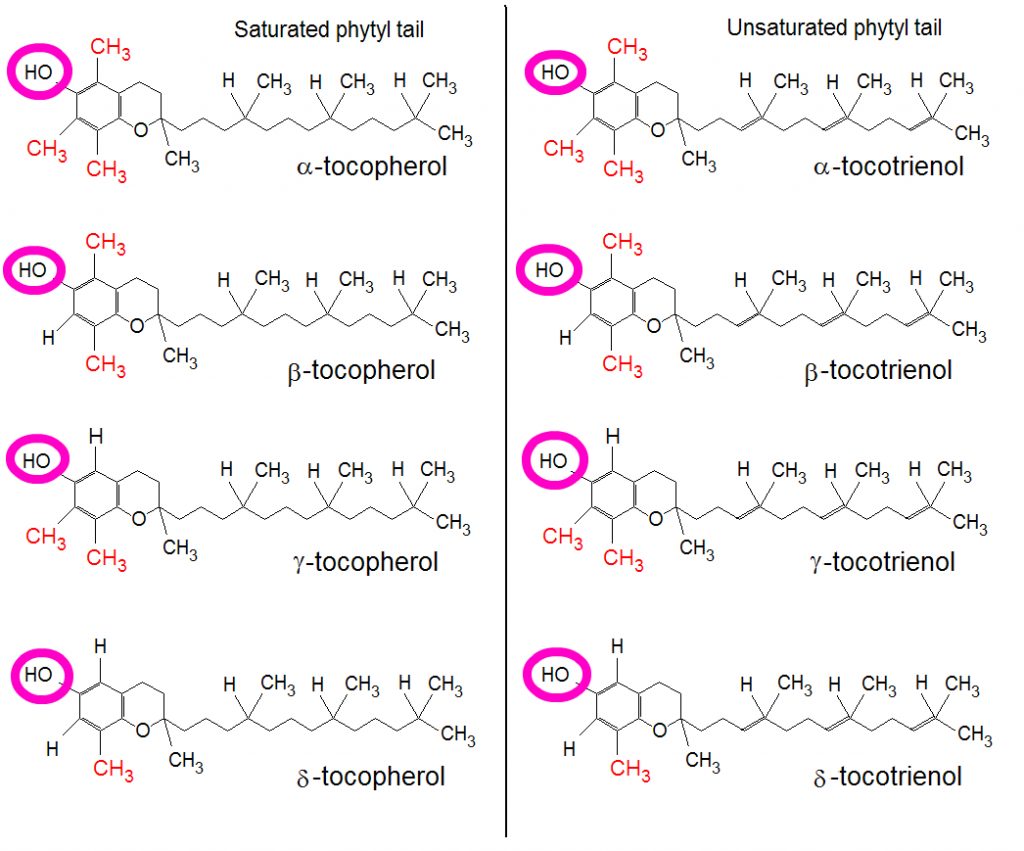 Eight isomers share the biological activity of alpha tocopherol (alpha, beta, gamma and delta tocopherol and alpha, beta, gamma and delta tocotrienol). However, of these isomers, alpha tocopherol is the most biologically active, due in part to its higher affinity for the tocopherol transfer protein (TTP) in the liver. This protein transfers the tocopherol and tocotrienol molecules to the lipoproteins that ultimately delivers the vitamin E to the tissues. The purple circles designate the alcohol group on the phenol that would form an ester bond during the formation of tocopheryl or tocotrienyl esters.

Dr Robert Barrington’s Nutritional Comments: Tocopheryl acetate and tocopheryl succinate are more chemically stable than the parent alcohol that they are derived from. This is because they are missing a hydroxyl group on their phenol head that can easily oxidised. This hydroxyl is actually replaced when the ester bond is formed with acetate or succinate. When consumed the ester bond is hydrolysed by fat digesting enzymes that can react with ester bonds. Ester bonds are normally found in triglycerides where fatty acids are bonded to glycerol. Once hydrolysed the alcohol form ‘tocopherol’ is reformed in the gut and this can then be absorbed in normal fat micelles along with fatty acids. The longer shelf life of the tocopheryl esters are appealing to supplement manufacturers because they provide stability. They are just as effective as the alcohol form of vitamin E at delivering vitamin E to the tissues, and so powered and tableted vitamin E should be considered a viable supplement alternative to the alcohol oil form.

Robert Barrington is a writer, nutritionist, lecturer and philosopher.
View all posts by Robert Barrington →
This entry was posted in Tocopherols, Tocotrienols, Vitamin E. Bookmark the permalink.