Posted on December 27, 2013 by Robert Barrington 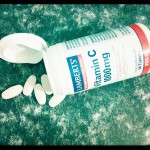 Vitamin C, also called ascorbic acid, is best known for its role as a water soluble antioxidant in humans. However, the vitamin also has other biochemical roles including the synthesis of collagen and carnitine, as well as the metabolism of neurotransmitters. That vitamin C prevent colds has been the subject of much controversy in the mainstream medical establishment, with consensus generally suggesting no benefits from supplements. However, while some studies have indeed shown no benefit to supplemental vitamin C, there are peer reviewed studies that suggest that vitamin C prevents colds. For example, one study1 investigated the effects of  600 mg of vitamin C taken for 21 prior to an ultra marathon (>42 km). The placebo controlled trial administered the vitamin C in a single dose to 46 runners, while another 46 runners received an identical looking and tasting placebo tablet. Following the 42 km race, symptoms of upper respiratory tract infections were monitored for 14 days in order to assess the effectiveness of the vitamin C.

The results of the study showed that while 68 % of the runners in the placebo group developed an upper respiratory tract infection, only 33% of the vitamin C group became infected. These results were statistically significant and suggest that 600 mg of ascorbic acid taken for 21 days may decrease the risk of becoming infected with an upper respiratory tract infection following intense exercise. That vitamin C prevent colds is therefore supported by sound researcher in the nutritional literature. In addition, the severity of the symptoms reported by the vitamin C group who did become infected was significantly less in terms of severity and duration compared to the group taking the placebo. Therefore not only is it probable that vitamin C prevent colds, but it may also be the case that the vitamin also decreases the severity of colds in those that are unlucky enough to become infected. The 600 mg amount of vitamin C is probably achievable in an optimised high quality diet containing rich sources of vitamin C.

This study may have shown a positive effect for vitamin C supplements because ultra marathon runners have a higher incidence of upper respiratory tract infections than sedentary individuals2. It could be argued for example that intense exercise is a requirement in order to show that vitamin C prevents colds. However, studies using sedentary individuals have shown similar benefits at lower doses of vitamin C. For example, in one study3, both natural and synthetic orange juice containing 80 mg ascorbic acid was compared to a placebo in order to determine if vitamin C prevents colds in 362 healthy young adult males. The results showed that the orange juice significantly reduced the total symptoms due to a common cold by 14 to 21 % and also decreased the number of subjects who became infected. These result suggest that vitamin C prevents colds in sedentary individuals. That such a low concentration of vitamin C was beneficial in this study may relate to the sedentary nature of the subjects, as it is known that intense exercise increases requirements for vitamins.

Robert Barrington is a writer, nutritionist, lecturer and philosopher.
View all posts by Robert Barrington →
This entry was posted in Vitamin C and tagged Common Cold. Bookmark the permalink.