Posted on February 13, 2018 by Robert Barrington

Consumption of sugar may be a primary driver of obesity. There is a clear metabolic pathway that shows the ability of sugar to cause the development of insulin resistance and the accumulation of body fat. Animals models and human clinical trials suggest that refined carbohydrate and sugar are associated with the development of insulin resistance and weight gain. Sugar refers nutritionally to sucrose, a disaccharide molecule composed of both fructose bonded to glucose. However, other sweeteners are also loosely called sugar. High fructose corn syrup (HFCS) is also composed of fructose and glucose, but in this case the molecules are free in solution, and are not bound. Evidence suggests that high fructose corn syrup can be just as detrimental to the health, and is more commonly used to sweetened soft drinks in the United States, compared to sucrose in European countries. It is likely the fructose component of these drinks that is the main driver of weight gain, although other factors should be considered. 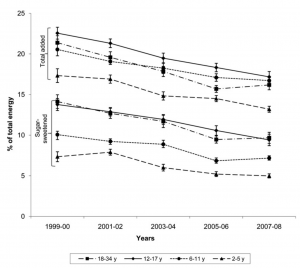 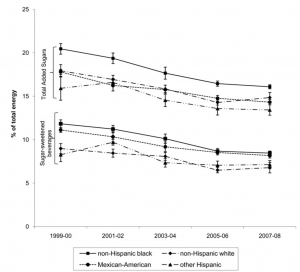 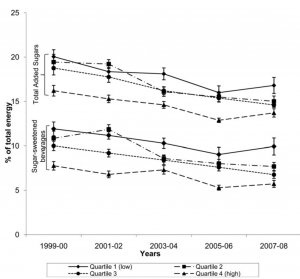 Robert Barrington is a writer, nutritionist, lecturer and philosopher.
View all posts by Robert Barrington →
This entry was posted in High Fructose Corn Syrup, Obesity, Sucrose, Sugar. Bookmark the permalink.