The Weight Loss Effects Of EGCG

Green tea has been evidenced to possess weight loss effects in humans. Of the constituents of green tea, epigallocatechin gallate (EGCG) is thought to be partly responsible for the physiological effects of green tea, and may have particular weight loss effects. Much of the evidence for the weight loss effects of green tea come from animal and cell culture studies, and these have provided a great insight into the physiological changes that can occur when EGCG is administered, as well as the mechanisms of action that may be at play. From these studies EGCG has been evidenced to reduce adipocyte differentiation and proliferation, lipogenesis, fat mass, body weight, fat absorption, plasma levels of triglycerides, free fatty acids, cholesterol, glucose, insulin and leptin. In addition, EGCG may increase beta-oxidation and thermogenesis. Human studies corroborate the weight loss effects of EGCG and show that administration to humans increases fat oxidation and reduces fat mass and body weight. 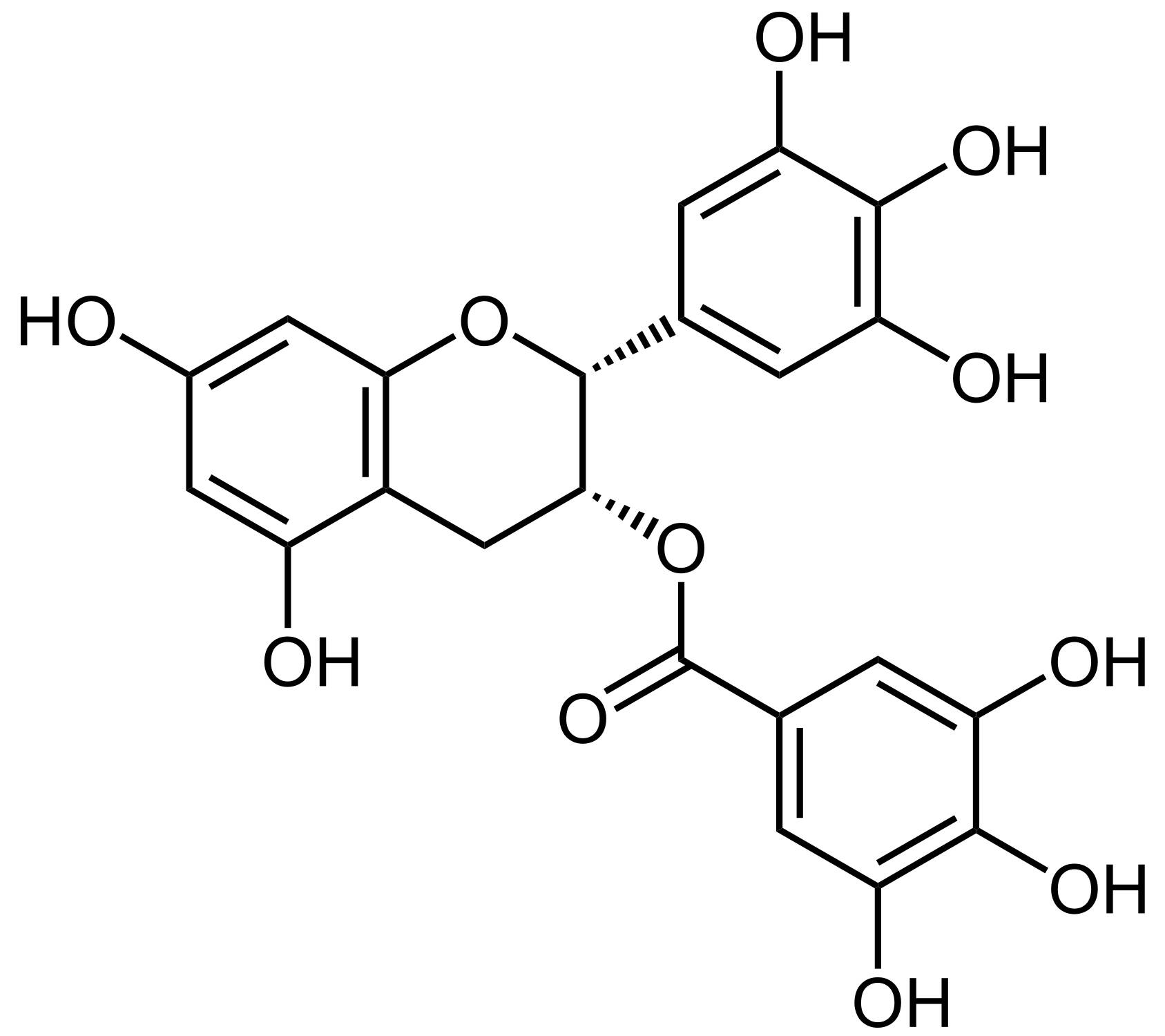 The structure of EGCG. Evidence suggests that the weight loss effects of tea may originate from the pharmacological actions of EGCG. Image from: Public Domain, https://commons.wikimedia.org/ w/ index.php?curid=1571704.

Robert Barrington is a writer, nutritionist, lecturer and philosopher.
View all posts by Robert Barrington →
This entry was posted in Catechin, Green Tea, Tea, Weight Loss. Bookmark the permalink.