Posted on February 14, 2018 by Robert Barrington 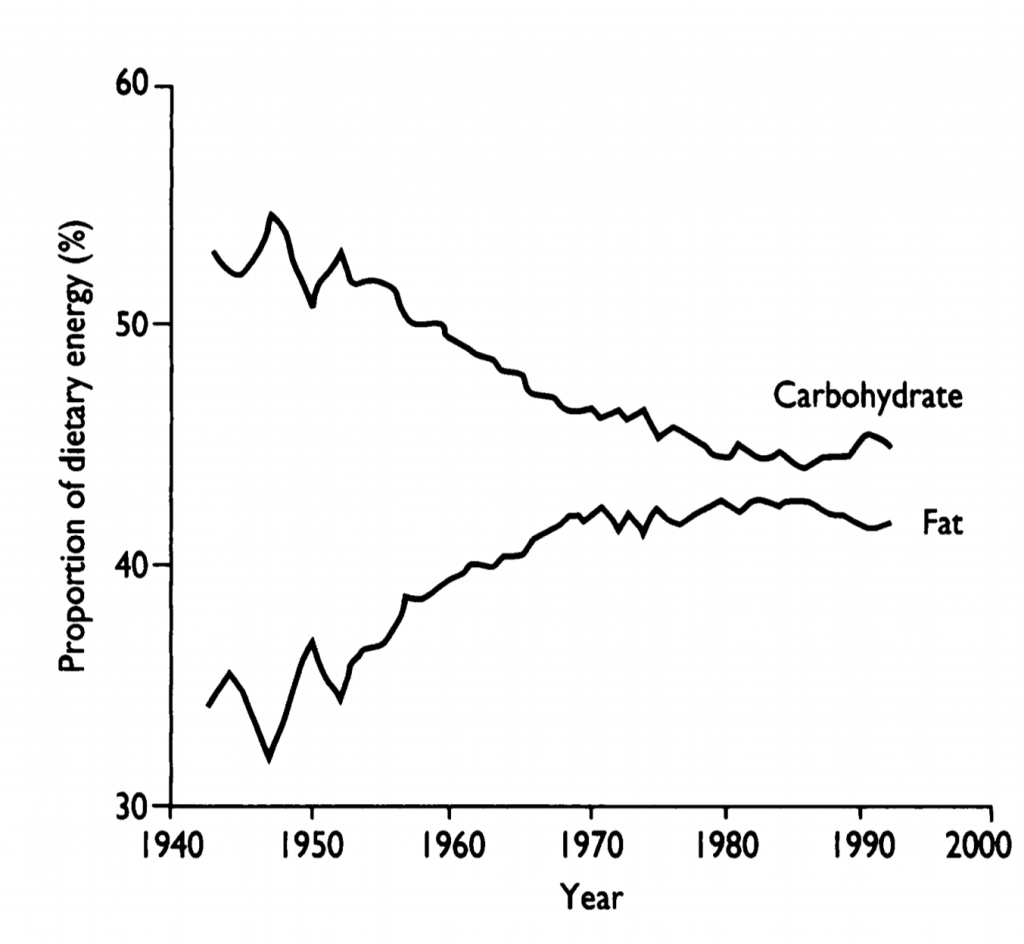 During the same period obesity has increased significantly, and this switch in dietary habits could therefore play some role in explaining this increasing prevalence of obesity. However, there are many confounding variables. For example, during this time, the amount of physical exercise performed has also fallen. In addition, while total carbohydrate intake has fallen, the amount of refined carbohydrate and sugars in the diet may have increased at least until the 1990’s, after which intake tailed off and remained somewhat constant. Identifying the cause of obesity is therefore difficult. However, some studies have investigated the role of the sugar fat seesaw in relation to the prevalence of obesity. For example, in one study 11 600 Scottish men and women were investigated for their level of obesity in quintiles for relative intakes of total sugars, total fats and fat to sugar ratio. The sugars were measured as total extrinsic sugars, which are all sugars not present in fruits and vegetables, and also excluding milk sugars. 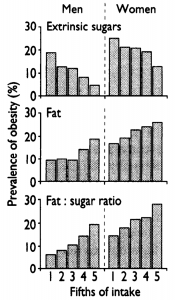