Panax ginseng root is a traditional Chinese medicine treatment for stress, fatigue, and mental and physical exhaustion. Panax ginseng is classed as an adaptogenic herb because it provides a non-specific ability to balance homeostatic function, and in particular, brings the bodily function back to its norm from a direction of altered physiological function. The Russian botanist C. A. Meyer coined the genus term panax, which derived from the Greek terms “pan” which mean all and “axos” which means cure. The species name is derived from the Chinese word “jen-sheng” a word that implied the root resembled a man’s body. A number of different types of ginseng are available, and this included red and white types,. Red ginseng is produced by steaming the root, followed by air-drying.White ginseng is produced by just air-drying the root. These two methods of production may alter the chemical composition of the root extracts and therefore may produce slightly different physiological effects in animals and humans. 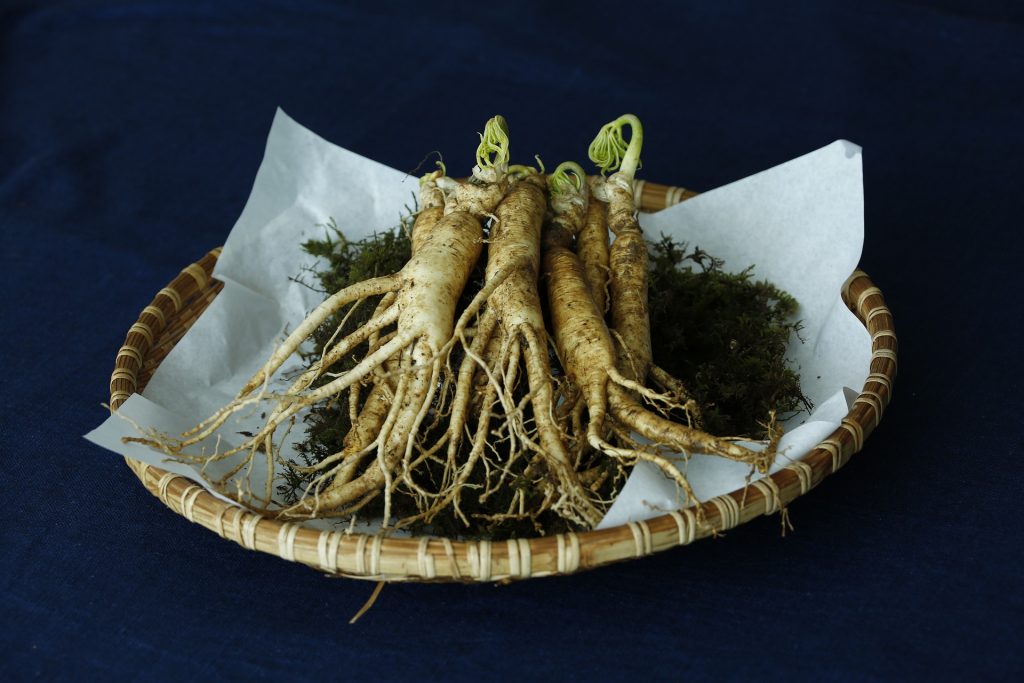 Ginseng was mentioned in the Shang Han Lun, an ancient Chinese medical text, written in the second century AD. However, it is thought its use as a tonic and restorative may date back 5000 years, based on historical accounts.

Panax ginseng has been investigated for its ability to improve mood in animal models of anxiety and it appear to be effective in this regard. One study investigated the effects of red and white ginseng extracts on the behaviour of mice exposed to experimental stress. Mice were given a red or white ginseng extracts orally for 5 days at 20 and 50 mg per kg body weight. Both extracts were significantly effective at reducing the anxious behaviour of the mice when exposed to experimental stress. Pentylenetetrazole was administered to the mice to reduce brain levels of monoamine oxidase (an enzyme that breaks down the monoamine neurotransmitters). However the extracts of ginseng were able to reverse this effect, suggesting that one of the ways they may work to reduce anxiety is through causing changes to monoamine levels in the brain. Further in this study, the effects of ginseng were comparable to that of the benzodiazepine drug diazepam. Ginseng may therefore be an effective treatment for anxiety.

Robert Barrington is a writer, nutritionist, lecturer and philosopher.
View all posts by Robert Barrington →
This entry was posted in Anxiety, Depression, Ginseng (Panax ginseng), Mood. Bookmark the permalink.