Posted on November 27, 2014 by Robert Barrington

Carbohydrates are an important source of energy in human nutrition. Each gram of carbohydrate supplies roughly 3.75 kilocalories per gram, and oxidation of carbohydrate (as glucose) in skeletal muscle supplies energy during anaerobic high intensity exercise. Dietary carbohydrates are diverse in their nutritional properties, and in particular their rate of digestion and absorption varies greatly. The speed at which carbohydrates, including starch and sugars, are absorbed to the blood can be measured and attributed a value in comparison to either glucose or white bread. This value, the glycaemic index, can further be modified to produce the glycaemic load if the amount of carbohydrate in the food is considered. The glycaemic index is an important nutritional measurement because studies now show that refined starches produce an exaggerated glycaemic effect and this may be a primary driver of insulin resistance and disease. In contrast, whole plant foods that have not been refined tend to produce more blunted glycaemic responses.

When the fibre is removed from plant foods, generally the glycaemic response they produce becomes more rapid and larger. Fibre is therefore able to modulate the blood glucose rise following ingestion of carbohydrates. It has been suggested that the high viscosity of soluble fibre is able to reduce gastric emptying and prevent the absorption of glucose to the enterocytes of the gut by formation of a physical barrier in the unstirred layer. However, fibre cannot explain all of the glycaemic modulatory effects of whole plant foods, because lentils have a similar fibre content to some cereals, but produce much lower glycaemic responses. Other factors may therefore explain the varying glycaemic responses to certain carbohydrates foods. One suggestion is that the polyphenol content of foods might play a role (here) because polyphenols may share common transporters with sugars and may also inhibit starch digestion enzymes. Alternatively the phytic acid content of foods may also be a modulatory factor.

Phytic acid (myoinositol-1, 2, 3, 4, 5, 6-hexakis dihydrogen phosphate) is the most important phosphate reserve found in plants. Its chemistry means that it can form pH dependent complexes with proteins and metal ions, reducing their bioavailability significantly. The ability of phytic acid to inhibit the digestibility of starch has been tested using in vitro digestion studies. For example, in one study1 the digestion rate of raw wheat starch in the presence of human saliva was reduced by 50 % by the addition of sodium phytate (supplying 2 % phytic acid as a percentage of the total starch portion). Addition of calcium to this assay reversed the inhibition in starch, presumably because calcium is known to form complexes with phytic acid, thus reducing its ability to inhibit the starch digestion rate. Addition of phytic acid to unleavened bread produced a similar reduction in the starch digestion rate and feeding of the phytate supplemented bread to healthy humans reduced the glycaemic response compared to phytate free bread. 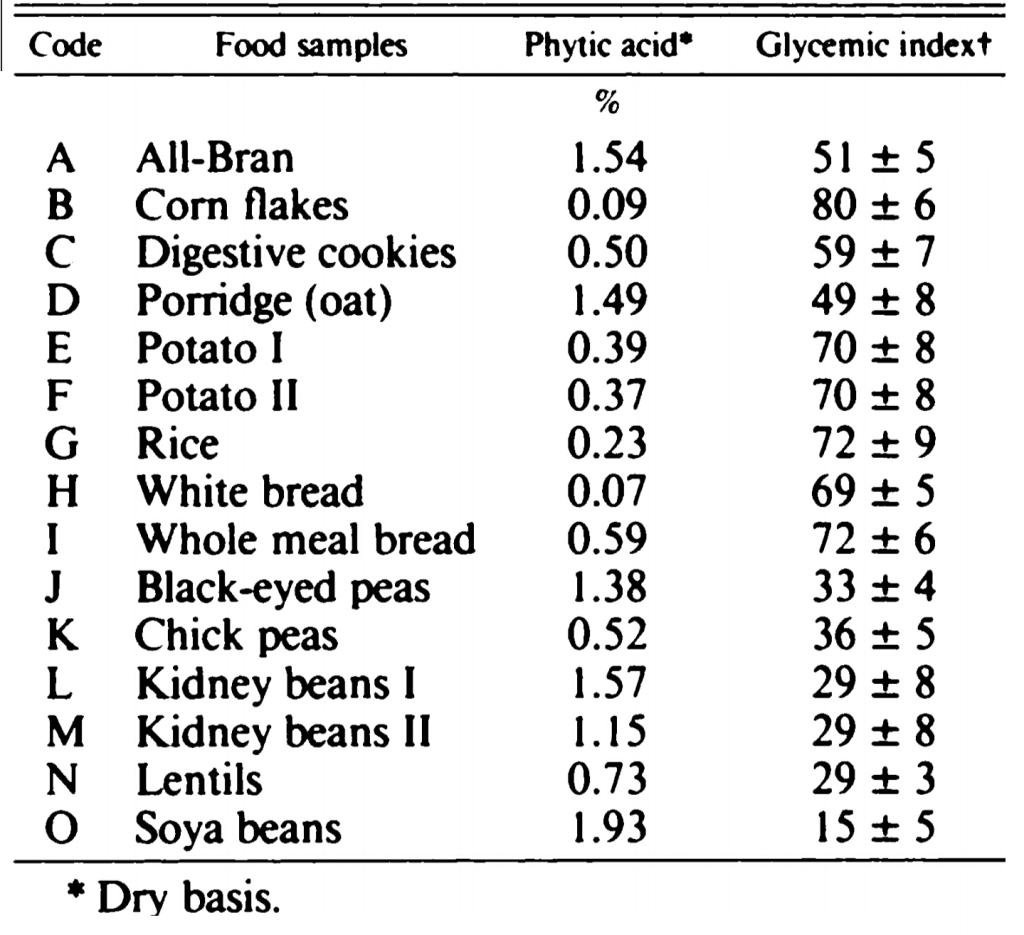 Figure 1. The relationship between phytic acid and the glycaemic index of selected carbohydrate sources.