Posted on January 29, 2019 by Robert Barrington

Zinc is an essential trace mineral required by hundreds of enzymes in mammalian tissues. Zinc has been shown to have particular effects with regard treating depression. These effects may relate to the ability of zinc to bind to the glutamate NMDA receptor, and this may have a calming effect in the brain. That zinc deficiency may be a cause of low mood is fairly well evidenced. For example, in one case study, researchers reported on the zinc and copper levels of anxious individuals compared to normal healthy controls. Copper is known to antagonise zinc in a number of ways and elevated copper in combination with decreased zinc levels is a sign that the zinc status of the individual is poor. Those individuals that were clinically identified as suffering from anxiety had significantly elevated blood levels of copper and significantly decreased blood levels of zinc, compared to healthy controls free of anxiety. Therefore the association between low levels of blood zinc and anxiety were observed in patients with mood disorders. 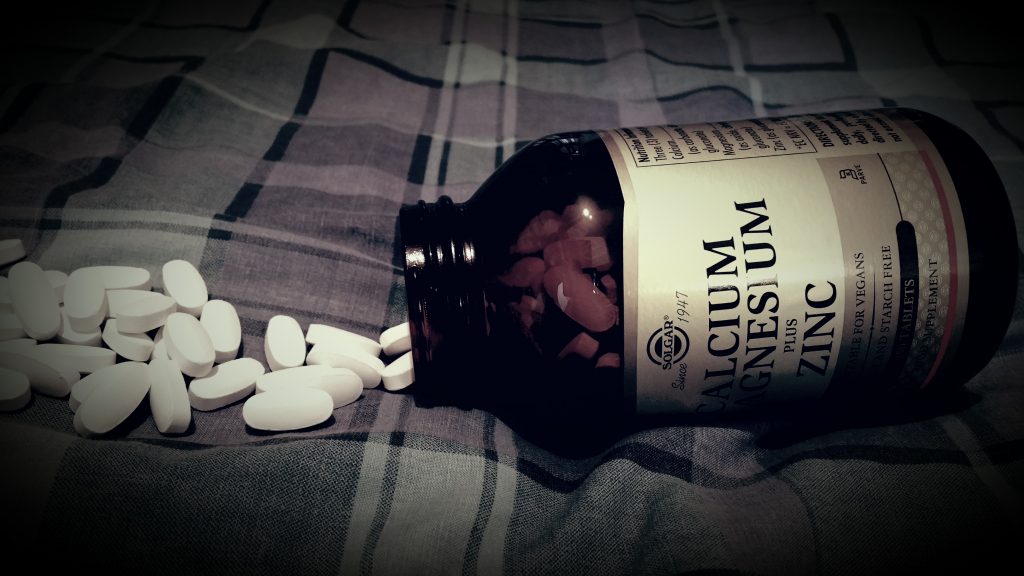 Zinc is an important trace element in human nutrition. Low levels of zinc may negatively affect mood. Zinc supplementation in those with poor zinc status have been shown to be able to cause significant reductions in anxiety.

The researchers than administered zinc supplements to the subjects along with nutrients designed to improve their antioxidant status (including vitamin C, E, B6 as well as Magnesium, and Manganese). Supplementation caused significant improvements in the zinc levels of the blood but did not change the copper levels.  However those subjects that experiences elevations in their zinc levels also experienced significant elevations in mood. It is unclear which of the nutrients in this study were beneficial to the mood of the subject, but the association between zinc and mood lends weight to the possibility that zinc was at least a contributory factor in this regard. If zinc is able to interact with the glutamate NMDA receptor and inhibit its action, then this may cause elevations in the release of GABA in the brain. As GABA release is associated with an anti-anxiety effects this may explain the benefits of zinc supplementation. Addressing imbalances in the copper to zinc ratio of the blood may therefore be important to mental health.

Russo, A. J. 2011. Decreased Zinc and Increased Copper in Individuals with Anxiety. Nutrition and Metabolic Insights. 4: 1-5