Momordica charantia As An Antidepressant Herb

Posted on November 27, 2020 by Robert Barrington

Momordica charantia plant used in traditional African medicine as a treatment for depression. The plant is commonly called the bitter gourd and is a member of the Cucurbitaceae family of plants. Animal studies have corroborated the historical use of the herb as a mood elevator. For example, in one study researchers administered Momordica charantia to mice one hour before exposing the animals to experimental stress. The results of the study showed that the Momordica charantia fed mice showed significantly less depressive-like behaviour when compared to control mice. The authors of this study then used chemical inhibitors to aid their understanding of the possible mechanism of action of the bitter gourd extracts. The results of this study suggested that bitter gourd may be effective at alleviating depressive-like symptoms because it was able to activate serotonergic (5-HT 2 receptor), noradrenergic (α1- and α2-adrenoceptors), dopaminergic (D2 receptor), and muscarinic cholinergic neurotransmitter  systems. 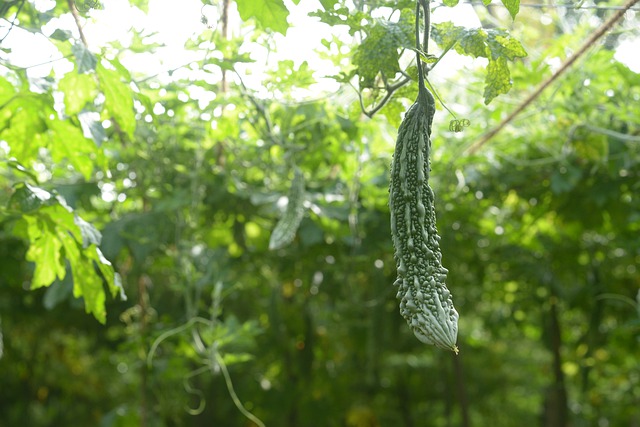 Bitter gourd (Momordica charantia) may activate multiple neurotransmitter systems to cause elevations in mood, and may be an effective antidepressant.

Ishola, I. O., Akinyede, A. A. and Sholarin, A. M. 2014. Antidepressant and anxiolytic properties of the methanolic extract of Momordica charantia Linn (Cucurbitaceae) and its mechanism of action. Drug Research. 64(07) 368-376

Robert Barrington is a writer, nutritionist, lecturer and philosopher.
View all posts by Robert Barrington →
This entry was posted in Anxiety, Bitter Melon (Momordica charantia), Depression, Mood. Bookmark the permalink.