Green Tea as An Antidepressant

Posted on September 19, 2019 by Robert Barrington

Tea (Camellia sinensis) is the most commonly drunk beverage in the world following water. Evidence suggests that tea has particular health effects and these may stem from the polyphenolic antioxidants contained within tea leaves. The most abundant polyphenols in tea leaves are the catechins, which chemically belong to the flavan-3-ol subgroup of the flavonoids. Higher consumption of green tea has been shown to be associated with a lower incidence of depression, suggesting that green tea may have particular antidepressant effects. One suggestion is that this occurs because green tea polyphenols inhibit the monoamine oxidase enzyme involved with breaking down neurotransmitters in the brain. In animals, administration of green tea polyphenols have been shown to decrease depressive-like behaviour and this is further evidence that green tea polyphenols act as antidepressants. Drinking green tea may therefore be protective of mental health and reduce the risk of mood disorders. 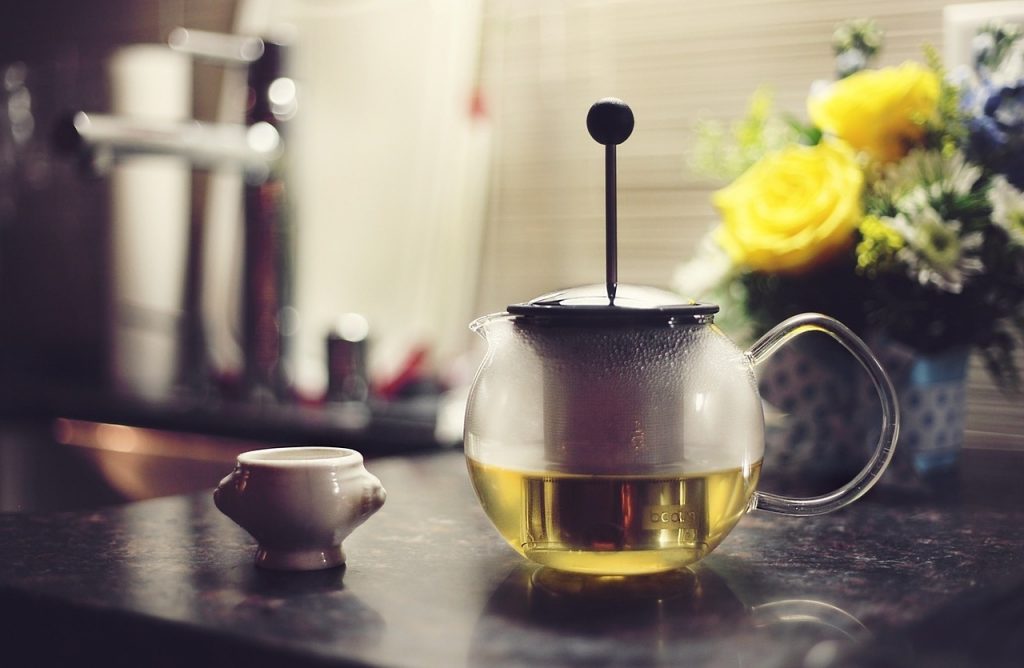 Robert Barrington is a writer, nutritionist, lecturer and philosopher.
View all posts by Robert Barrington →
This entry was posted in Anxiety, Depression, Green Tea, Mood. Bookmark the permalink.