Ginger as a Treatment for Anxiety

Posted on December 9, 2019 by Robert Barrington

Ginger (Zingiber officinale) is a plant that belongs to the Zingiberaceae family of plant. The roots of ginger are commonly used as a spice, but also have medicinal effects. Mood disorders such as anxiety and depression are known to be caused by stress, that can trigger inflammatory processes in the brain. One of the medicinal uses of ginger is as an anti-inflammatory, and so this might suggest that ginger is effective as a treatment against these sorts of disorders. Researchers have investigated the effects of ginger extracts on mood disorders using animal models. In one study ginger root extracts were administered to mice before exposing the mice to experimental stress. Diazepam, a mainstream drug of choice for treating anxiety, was given to another group of mice. The results showed that diazepam and ginger extracts were significantly effective at decreasing anxious behaviour in the mice, however there were slight differences in the effects, suggesting that the mechanism of action may differ between diazepam and ginger. 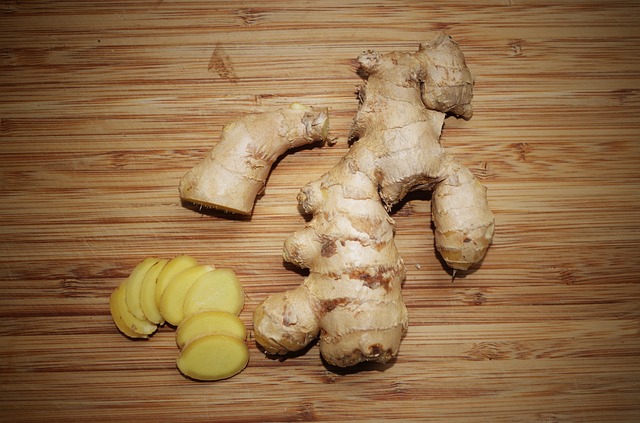 Diazepam is effective at treating anxiety because it can modulate the GABA receptor, and in this way reduces anxious tendencies. Ginger may work in a different way to diazepam, possibly by treating the cause of the mood changes through its anti-inflammatory effects.

Robert Barrington is a writer, nutritionist, lecturer and philosopher.
View all posts by Robert Barrington →
This entry was posted in Anxiety, Depression, Ginger, Inflammation, Mood. Bookmark the permalink.