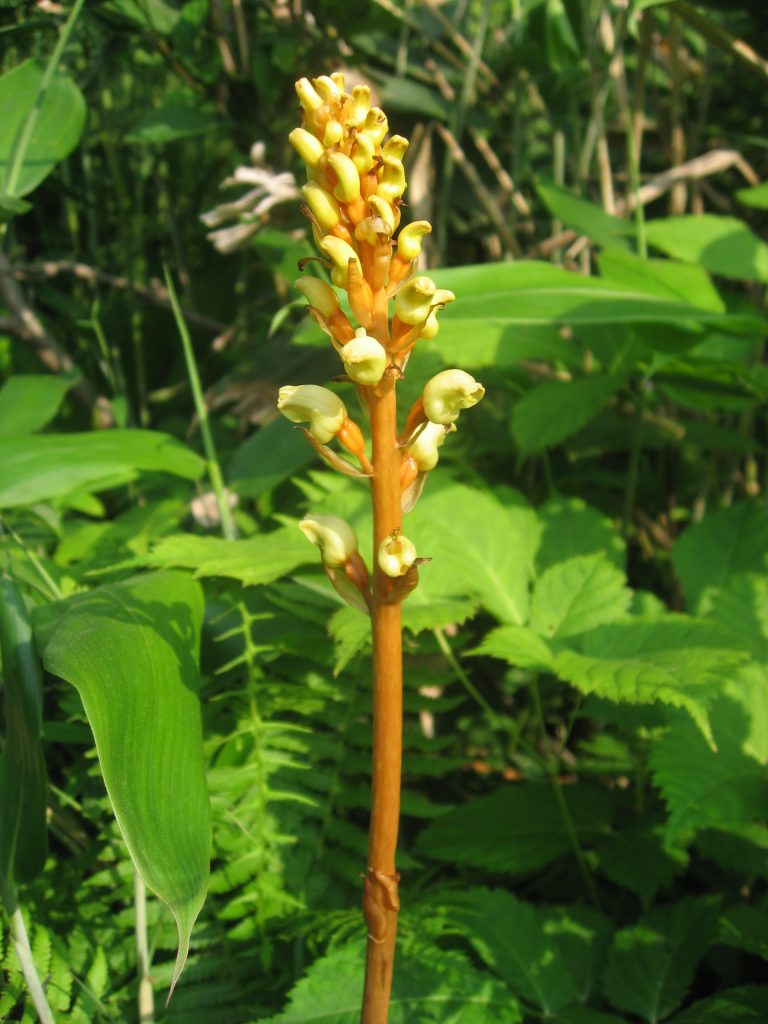 Antioxidants have been shown to prevent or reduce the risk of epileptic discharges in the brains of animals. Antioxidants that can cross the blood brain barrier and accumulate in brain tissue may therefore have therapeutic effects against seizures. Gastrodia elata contains antioxidant phytochemicals that may offer protection from epileptic seizure through their antioxidant effects in brain tissue. Image is of the stem of Gastrodia elata plant. Image from: By Qwert1234 – Qwert1234’s file, Public Domain, https://commons.wikimedia.org/w/index.php?curid=9061124.