Posted on February 7, 2018 by Robert Barrington

Sugar sweetened soft drinks are increasingly being considered as detrimental to the health. In particular sugar sweetened soft drinks may increase insulin resistance that subsequently leads to the development of obesity. The sugar in soft drinks usually comprised of either sucrose or high fructose corn syrup. Sucrose is a disaccharide that is made up of a molecule of glucose bonded to a molecule of fructose, whereas high fructose corn syrup is a solution containing both glucose and fructose in an unbound form. The fructose component of these sugars is likely the direct cause of insulin resistance. Sugar sweetened soft drinks and fruit juice both contain fructose and studies suggest that both have similar detrimental health effects. Evidence from large scale nutritional studies show that both sugar sweetened soft drink and 100 % fruit juice consumption increased between 1999 and 2004, corresponding to large increases in the rates of obesity. It has been suggested that limiting intakes of both forms of fructose would benefit childhood obesity. 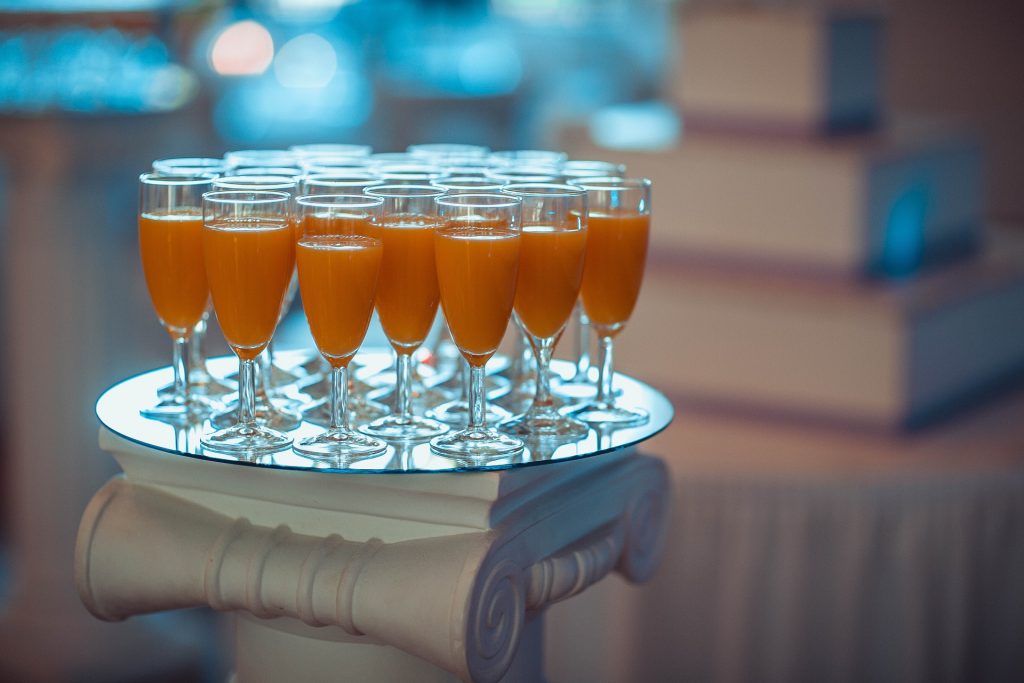 Studies show that many people fail to obtain even 5 portions of fruit and vegetables per day. However, fruit juice consumption is too high. Metabolically, there is little difference between the effects of fruit juice and sugar sweetened soft drinks, as both are a source of fructose. Fructose is absorbed and enters the liver where it is converted to fatty acids. These fatty acids enter the circulation and accumulate in tissues where they may contribute to the development of insulin resistance. Further, sugar in its unrefined state can overload cells with energy and this can increase insulin resistance through a generation of free radicals. Whole fruit does not appear to have these effects likely because the fibre content of the whole fruit slows the sugar absorption. Also people tend not to eat large quantities of fruit in a single sitting, which spreads out the sugar intake from consuming fruit over a long time period.

There is a public perception that fruit juice is beneficial to the health because it comes from fruit. However, this is not the case, and consumption of large amounts of fruit juice is particularly bad for the health. A comparison of apple juice with whole apples shows that 100 mL of 100 % apple juice has about 13 grams of sugar and about 60 calories. Similar levels of sugar can be found in 100 grams of whole apple, which has roughly 13 grams of sugar and 60 calories. However the whole apples also contain about 1.5 grams of fibre. A normal sized cup of apple juice would contain about 250 mL of apple juice, which is equivalent to 2.5 apples. It is considerably easier to consume 250 mL of apple juice than it is to consume 2.5 apples. In addition, the apple juice can be consumed more quickly, which increasing the rate that the sugar is absorbed, which can be highly damaging. The fibre in whole fruit has been shown to be protective of the damaging effects of the sugar for these reasons. Fruit juice consumption should therefore be limited.

Robert Barrington is a writer, nutritionist, lecturer and philosopher.
View all posts by Robert Barrington →
This entry was posted in Fructose, Fruit, Fruit Juice, Obesity. Bookmark the permalink.