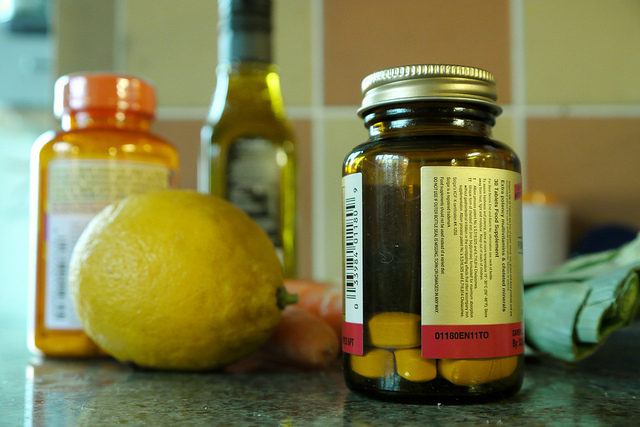 Flavonoids may protect from cardiovascular disease because of their antioxidant effects.

Flavonoids are a diverse group of over 4000 phenolic plant compounds (here) which may show health benefits when incorporated into human diets. Flavonoids have been researched in relation to a number of effects in humans including anti-inflammatory, anti-oxidant, anti-allergic, hepatoprotective, anti-thrombotic, anti-viral, and anti-carcinogenic activities. Flavonoids and their metabolites display a remarkable array of biochemical actions, some of which suggest that certain members of this group of compounds may significantly affect the function of various mammalian cellular systems. Of particular interest to many nutritionists is the research that shows that flavonoid may have a protective effect on cardiovascular disease.  Heart disease is a leading cause of death in the developed nations and research is mounting that flavonoids in the diet are an important protective step in avoiding this deadly disease.

In epidemiological studies, favonoid intake has been reported to be inversely associatedwith coronary heart disease1. In the Zutphen Elderly Study, for example, a flavonoid intakeof 0 to 19 mg per day was associated with a coronary heart diseasemortality rate of 18.5 per 1000 person years, compared witha mortality rate of 7.8 among those who consumed 30mg or more per day. Research recording the effect of flavonoid intake and cardiovascular risk in women indicates that a high consumption of flavonoids is protective against cardiovascular disease. In addition, meta-analyses have suggested that tea consumption, red wine, beer and flavonol (quercetin) intake are all associated with a reduced risk of cardiovascular disease. However, epidemiological studies often rely on food questionnaires or food tables and so their accuracy has been questioned.

The link between flavonoid intake andheart disease is based on the evidence that flavonoidspossess antioxidant properties, lower blood pressure, inhibit platelet aggregation, and can improve epithelial function. A multitude of in vitro studies are supported by data from intervention studies which have generally shown positive result with feeding flavonoid rich foods, drinks and supplements to humans. For example, research has shown that flavonoids present in food significantly increase plasma antioxidant levels in humans but that the effect was more pronounced in smokers, suggesting that they are relatively deficient in antioxidants compared with non-smokers. Catechins from tea can protect erythrocyte membranes from oxidation and anthocyanidins in red wine can inhibit low density lipoprotein oxidation. Flavonoids from red wine may also decrease oxidation of fats in the human stomach, which would otherwise have been absorbed and resulted in damage to the arteriole linings.

Isoflavones significantly reduce serum total cholesterol, low density lipoprotein cholesterol and triacylglycerol, and significantly increase high density lipoprotein cholesterol in subjects fed soy foods, and supplementation with isoflavones from red clover has been shown to have a beneficial effect on ambulatory blood pressure and endothelial function. Subjects who drunk black and green tea flavonoids had a reduction in hypertension, and high flavonoid chocolate was fed to healthy adults and found to have beneficial effects on endothelial function. In contrast, anthocyanidins in red wine have been shown to inhibit platelet aggregation. These multiple protective mode of action of different flavonoids would suggest that diets that incorporated a wide variety of flavonoid rich foods would show the best long term protection from heart disease. Flavonoids have an exceptional safety record, but supplementation is usually not necessary because of their abundance in tea, wine, chocolate, fruits and vegetables.