Posted on January 8, 2020 by Robert Barrington

Chewing is a necessary part of tooth health. Evidence from animals suggests that poor oral health, including tooth loss, is associated with declines in mental faculties. Evidence also suggests that in animals, biting during stress reduced the release of the catecholamine stress hormones during restraint. In animals at least, chewing and biting my have anti-stress and pro-cognitive effects. The effects of chewing on anxiety levels in humans has been investigated. In one study, researchers asked human volunteers to chew gum twice a day for at least 5 minutes, over fourteen days. The results of the study showed that the subjects chewing gum had significant reductions in anxiety and fatigue, and significant improvements in mood compared to a control group who consumed a mint flavoured paste with a similar taste to the gum. Therefore the act of chewing may confer anxiolytic effects in humans. One suggestion is that the anxiolytic effect is provided by an anti-stress effect of chewing, as has been evidence in animals previously. 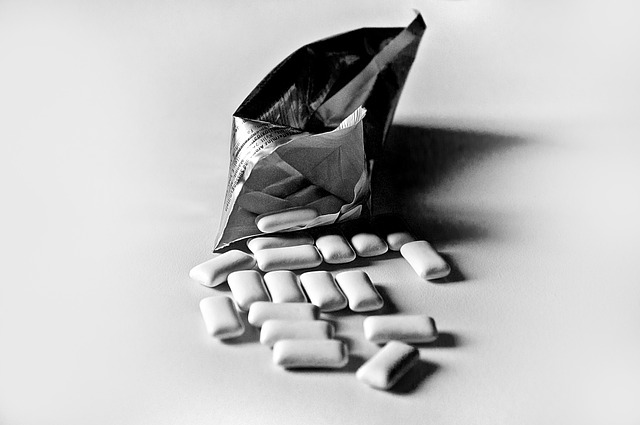