Degradation of Carotenes in Tea Leaves

Posted on November 7, 2019 by Robert Barrington

Tea leaves contains a number of phytochemicals that are degraded during the fermentation step to produce black tea. It has been suggested that these degradation products contribute significantly to the aroma and taste of black tea. A number of studies have investigated the way carotenes degrade during black tea manufacture and this chemistry has been reported. For example, in one study tea leaves were shown to contain the carotenes neoxanthin, violaxanthin, lutein, and β‐carotene. The content of these carotenes in the fresh leaf was estimated to be around 0.053 % dry weight, but this decreased to between 0.026 and 0.030 % in fermented leaves. The authors showed evidence that β‐carotene was degraded during fermentation to β‐ionone, and that this process was dependent on the presence of β‐carotene, flavonols and tea enzymes. Evidence also shows that the way the tea is prepared can alter the content of β‐ionine and thus the aroma and taste of the finished product. Macerating the leaves for example increased the content of β‐ionine in the final tea product significantly. 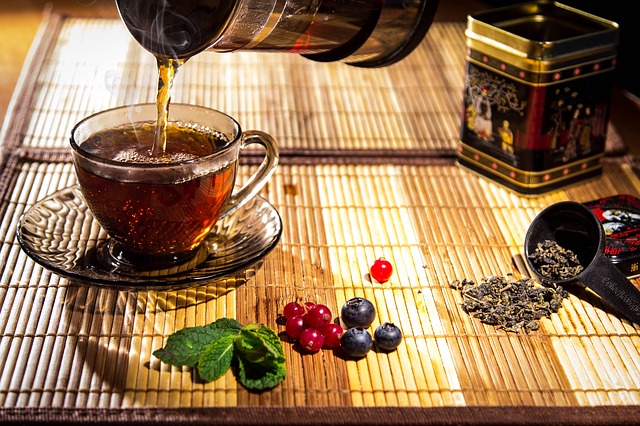