Posted on February 19, 2020 by Robert Barrington

Creatine monohydrate is a popular supplement amongst athletes. This relates to the ability of creatine monohydrate to accumulate in muscle, where it increases the buffering capacity of the phosphocreatine stores, and this results in a longer duration of contraction until fatigue. However, creatine monohydrate may also have a number of beneficial effects to the brain as evidence suggests it crosses the blood brain barrier and accumulates in the brain tissue. Here it may increase the energy capacity in neurones and this may produce a cognitive benefit. One knock on effect of the increased energy in neurones, may be to mood. A limited number of studies have been performed on the ability of creatine monohydrate to improve mood, but in those that have been conducted, the supplement shows promise. In one study, 3 to 5 grams of creatine monohydrate per day for 4 weeks significantly improved the depression in patients with unipolar depression. However, further studies are needed to confirm these findings. 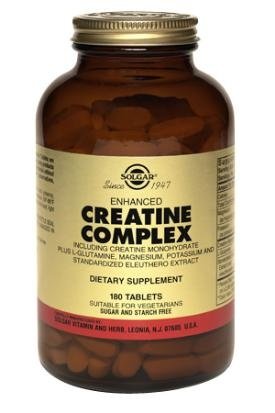 Robert Barrington is a writer, nutritionist, lecturer and philosopher.
View all posts by Robert Barrington →
This entry was posted in Anxiety, Creatine, Depression, Mood. Bookmark the permalink.