Coriander (Coriandrum sativum) is an annual herb from the Apiaceae (celery, carrot or parsley) family of flowering plants. Other common names for coriander include cilantro and chinese parsley. Coriander is native to the Mediterranean region of Europe and Africa as well as parts of Asia. Coriander grows about 50 cm tall, and the white or pink flowers are presented on recognisable umbels characteristic of this family of plants. Coriander is best known for its use as a culinary spice, and for this purpose all parts of the plant are edible, but it is the fresh leaves or dried seeds (fruits) that are most commonly used as a spice. The volatile oils present in coriander are what provides the characteristic taste and fragrance that make it desirable in cooking. Coriander has been used in traditional medicine for digestive complaints, and in this regard may have useful properties as an antispasmodic. Stomach cramps and stomach pains may therefore benefit from consumption of coriander leaves or seeds. 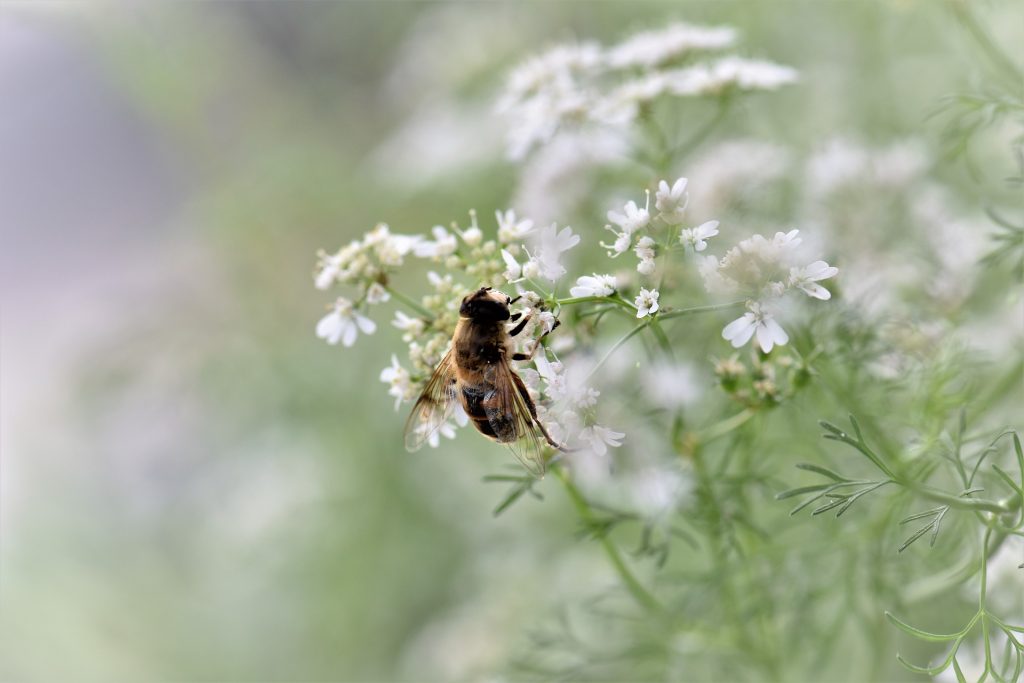 Coriander (Coriandrum sativum) contains an essential oil that give the plant its characteristic fragrance that is useful in cooking. Analysis of the essential oil from seeds shows that is contains mainly fatty acids and monoterpenoids. In particular, the oil contains around 75 % linalool, 8 % geranyl acetate 4 % α-pinene. From the essential oil a resin can be extracted, and this oleoresin has also been analysed for its chemical content. Coriander essential oil oleoresin contains roughly 28 components which include 37 % oleic acid, 33 % linoleic acid and 11 % palmitic acid. The essential oils in coriander may explain some of the anxiolytic effects of the herb, however the mechanisms by which this may occur have not been characterised and are not understood. However, the oleoresin of coriander seed extract has a very strong antioxidant properties superior to synthetic antioxidants used in the food industry, and this may suggest that coriander may provide significant antioxidant protection to neurones and support their function. In addition, linalool has been shown to have a significant and dose dependent effect on the central nervous system including having hypnotic, anxiolytic and sedative effects in humans. Further, limonene and myrcene are also present in coriander essential oil, and these monoterpenoids may possess sedative, relaxant and anxiolytic effects in mice.

However, in terms of mood disorders, coriander may possess properties as an anxiolytic agent. For example, one study investigated the effects of coriander seeds on the anxiety experienced by mice exposed to experimental stress. Water extracts of coriander seeds significantly decreased the anxiety experienced by the mice. In addition, there was a decrease in the muscular activity of the mice, suggesting a possible sedative and muscle relaxant effect. In another experiment, coriander seed extracts were compared to the benzodiazepine drug, diazepam for their anxiolytic effects. In this regard the coriander seed extracts reduced anxiety in a comparable fashion to diazepam at the higher doses tested. Therefore as with other herbs, the anxiolytic effects for coriander are significant and can be compared favourable to those of the benzodiazepines. However, as with other herbs, the safety of the herbs is superior to the benzodiazepine drugs in every way, making coriander a potential effective treatment for mild to moderate anxiety. 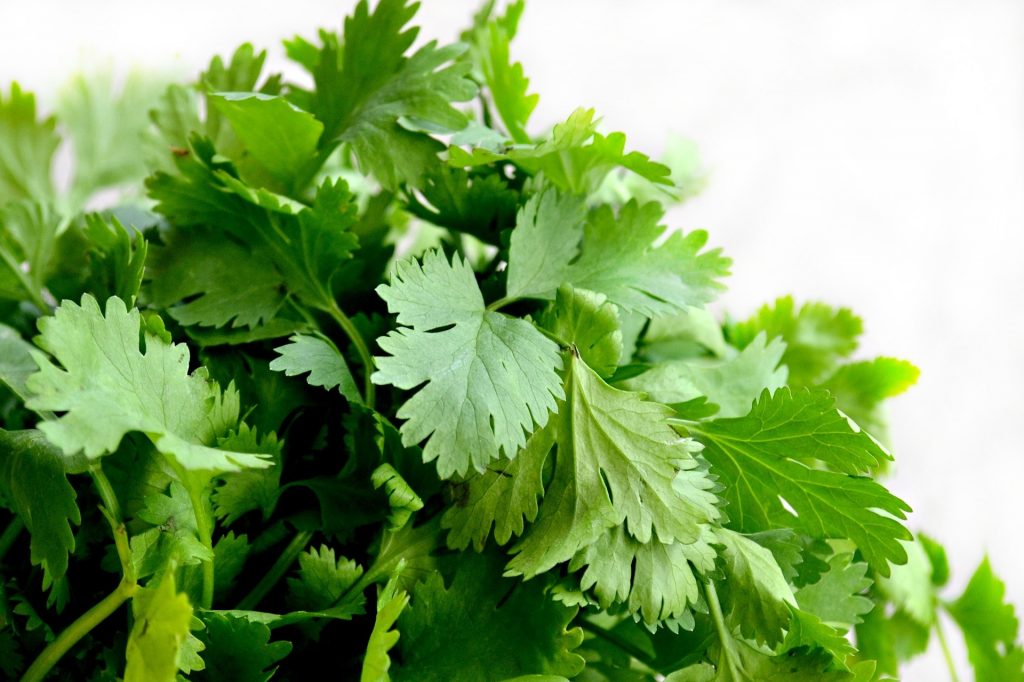 A number of polyphenols belonging to the flavonoid group of phytochemicals have been identified from coriander (Coriandrum sativum). The flavonoids present in coriander seeds include quercetin. Quercetin is also found as a glycoside (bound to a sugar) and in this case is referred to as isoquercitrin. Quercetin belongs to the flavonol subgroup of flavonoids, and flavonols have been shown to be able to bind to the benzodiazepine receptor in animals. As the activation of the benzodiazepine receptor is able to cause sedation and anxiety relieving effects, the presence of quercetin and isoquercitrin may explain the anxiolytic effects of coriander. Specific sedative and anxiolytic effects have been demonstrated for quercetin and isoquercitrin in mice.

Robert Barrington is a writer, nutritionist, lecturer and philosopher.
View all posts by Robert Barrington →
This entry was posted in Anxiety, Coriander (Coriandrum sativum), Insomnia, Sleep. Bookmark the permalink.