Cocoa Polyphenols and Their Effect on Mood

Posted on November 26, 2019 by Robert Barrington

Cocoa is a rich source of a group of flavonoids called proanthocyanidins. Proanthocyanidins may have particular physical and mental health effects. In terms of the latter, consumption of proanthocyanidins is associated with improvements in mood state. For example, in one study researchers investigated the effects of cocoa polyphenols on the moods state of a number of middle-aged nurses. The subjects received a dark chocolate drink containing 500, 250 or 0 mg of cocoa polyphenols and their mood state was then monitored. At the highest dose, 500 mg of cocoa polyphenols, there was a significant elevation in the mood of the subjects after 30 days. This supports evidence from other studies that suggests that cocoa polyphenols are able to cause elevations in mood in otherwise healthy individuals. It could be expected that cocoa polyphenols may be even more effective at elevating mood in subjects with mood disorders. The authors of this study also measured cognition in the subject but found no improvements with the treatment. 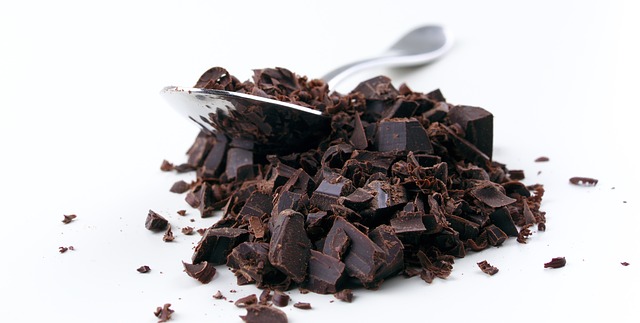 Polyphonic compounds, such as those found in cocoa, have been shown to have an affinity for adenosine and GABA receptors in the brain. This suggests that foods containing cocoa, such as dark chocolate and cocoa powder may have a calming effect.

Robert Barrington is a writer, nutritionist, lecturer and philosopher.
View all posts by Robert Barrington →
This entry was posted in Anxiety, Chocolate, Cocoa (Theobroma cacao), Depression, Mood. Bookmark the permalink.