The vox populi suggests that meat and dairy containing saturated fat are detrimental to the cardiovascular system. This belief is not however supported by sound repeatable science, although many erroneous conclusions from flawed studies have fuelled this speculation. The propagandisation of food science is not new and certain care must be exercised when assessing claims that are present in the mainstream nutritional domain. The detrimental cardiovascular effects of meat and dairy have never stood up to proper scrutiny and those with good discernment will have discovered this. The Maasai of East Africa for example consume virtually nothing but meat and milk, and yet have virtually no cardiovascular disease. The popularisation of the Atkins Diet was another nail in the coffin for the proponents of the saturated fat theory of cardiovascular disease, because those who follow the high protein high saturated fat Atkins Diet often show improvements in cardiovascular parameters.

Cheese may have the ability to increase faecal fat excretion. In particular taurine-conjugated bile acid excretion increases with consumption of high cheese diets.

A recent study compared the cardiovascular effects of a high cheese diet (96 to 120 grams or cheese per day), a high meat diet (high fat, processed and unprocessed meat, matching the cheese diet for saturated fat) or a high carbohydrate diet (dairy free, low fat meat, with fruit, white bread and pasta). The subjects were all postmenopausal women and they followed each of the diets for 2 weeks, with a 2 week washout period between each diet. The results of the study were interesting in that they dispelled many of the myths surrounding diets containing saturated fat. Those subjects on the cheese diet experienced a 5 % increase in high density lipoprotein (HDL) concentration and an 8 % increase in apo-A1 (the main protein in the HDL particle) compared to the carbohydrate diet. This increase in apo-A1 caused a 5 % reduction in the apoB:apo A-1 ratio (apoB being the main protein in the low density lipoprotein particle). Therefore the cheese diet caused changes in plasma cholesterol that were indicative of cardioprotection. 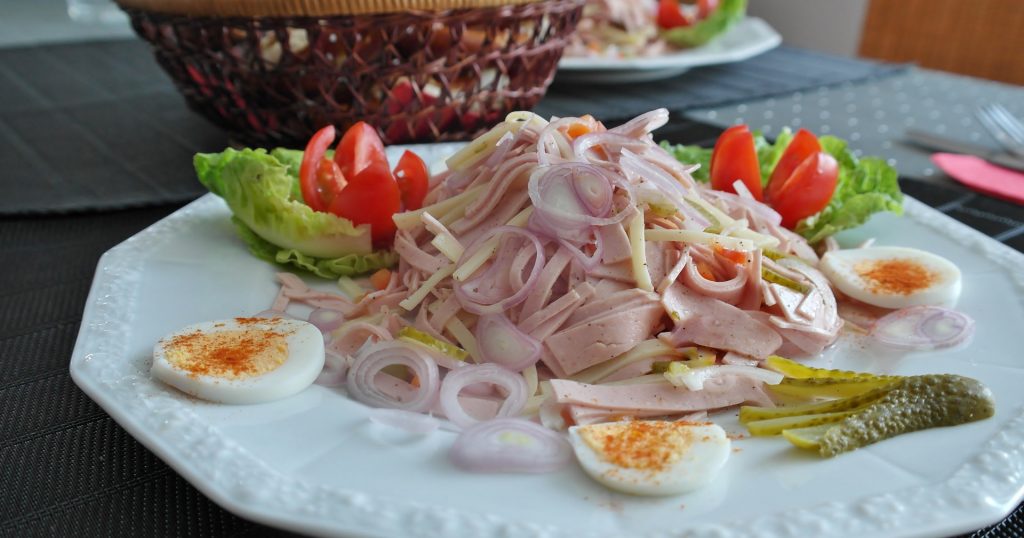 Both cheese and meat diets may improve cardiovascular parameters compared to a high carbohydrate alternative.

Robert Barrington is a writer, nutritionist, lecturer and philosopher.
View all posts by Robert Barrington →
This entry was posted in Carbohydrate, Cardiovascular Disease, Cheese, Cholesterol, Meat. Bookmark the permalink.