Anthocyanins are pigments present in plants that are responsible for many of the red, purple and blue colours in fruits and vegetables. Anthocyanins belong to the flavonoid group of phytochemicals, and are generally present in plants joined to a sugar residue as glycosides.  When the sugar is absent the structure is referred to as an anthocyanidin (aglycone). Pelargonidin, cyanidin, delphinidin, peonidin, petunidin and malvidin are anthocyanidins present in the human diet (figure 1). Research suggests that anthocyanins confer important health benefits to those who consume them regularly, including protection from cardiovascular disease, cancer and cognitive decline. Anthocyanins are good antioxidants because they are able to prevent free radical chain reactions by donating electrons in reduction reactions. In these reactions the anthocyanins become oxidised themselves, but their structure allows the charge from their unpaired electron to be delocalised over the entire structure. Oxidised flavonoids are recycled to their reduced form by other cellular antioxidants. 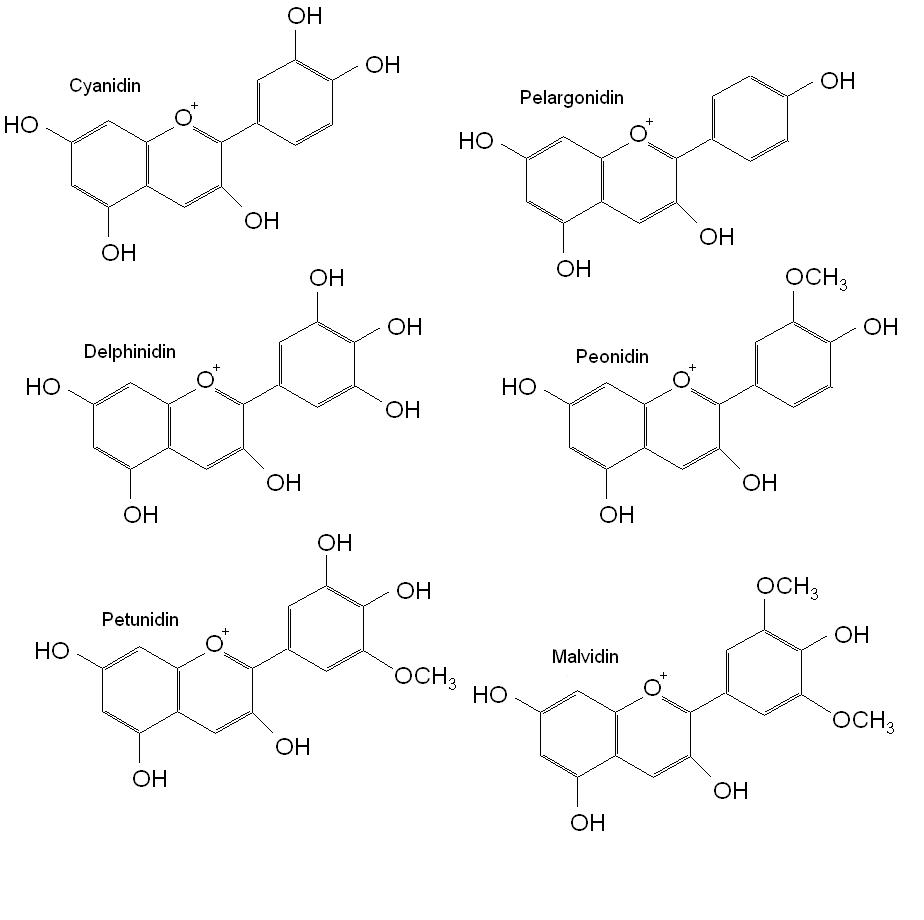 Figure 1. Six of the main anthocyanins in the human diet.

The metabolism of flavonoids is complex, and researchers are still trying to understand the bioavailability and metabolism within humans. Some evidence suggests that different anthocyanins are absorbed at different rates. For example, red cabbage contains a number of cyanidin based anthocyanins that appear to show lower bioavailability than the pelargonidin based anthocyanins of strawberries. Strawberries have been shown to contain high amounts of pelargonidin-3-glucoside (87 %), and lower amounts of cyaniding-3-glucoside (7.7 %) and pelargonidin-3-rutioniside (4.5 %). Not only are the protective effects of anthocyanins dependent on their absorption, they are also dependent on the dose ingested. Strawberries are important sources of anthocyanins in humans because we consume them in reasonable amounts. Evidence suggests that the bioavailability of strawberries increases linearly with increasing dose1, based on detection of metabolites in urine.

Berries are very good sources of antioxidants, when compared to other plant foods. Mainly on account of their high anthocyanin content. For example, the total antioxidant content of berries is generally in the 2 to 10 mmol / 100 g compared with other fruits which generally have concentrations of total antioxidants in the < 0.5 to 1.5 mmol / 100 g range2 (figure 2). It is not entirely understood whether the parent anthocyanin or a metabolite is responsible for their antioxidant activity, because extensive metabolism of anthocyanins is likely to occur in the small intestine and the liver. Sulfated, glucuronidated and methylated forms of anthocyanins are detected in the urine of human subjects fed strawberries3, suggesting that anthocyanins undergo extensive phase II metabolism. Some evidence also suggest that anthocyanins are absorbed as their glycoside form.

1Carkeet, C., Clevidence, B. A. and Novotny, J. A. 2008. Anthocyanin excretion by humans increases linearly with increasing strawberry dose. Journal of Nutrition. 138: 897-902

Robert Barrington is a writer, nutritionist, lecturer and philosopher.
View all posts by Robert Barrington →
This entry was posted in Anthocyanins, Berries, Flavonoids. Bookmark the permalink.