5-Hydroxytryptophan is a metabolite of L-tryptophan. It is found in a number of plants including the Griffonia simplicifolia plant. The 5-hydroxytryptophan in Griffonia seeds is bioavailable, and evidence suggests that when consumed it may increase brain levels of serotonin. Serotonin is an interesting compound because although it is most well known for its ability to alter mood, it may also have regulatory effects on appetite in humans and animals. This suggests that supplements of 5-hydroxytryptophan my be able to cause changes to food consumption, and this may have weight loss effects. For example, in one study, researchers administered 900 mg per day of 5-hydroxytryptophan to individuals and assessed the weight loss effects. Subjects taking the supplement exhibited more weight loss compared to control subjects taking a placebo. The 5-hydroxytryptophan also cause significant reductions in appetite and significantly reduced carbohydrate consumption, suggesting a specific appetite regulatory effect. 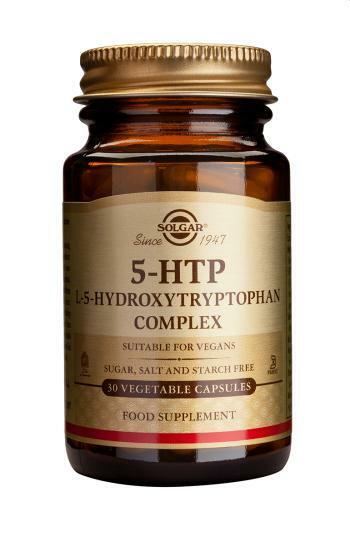 Serotonin is most well known for its mood elevating properties. But serotonin receptors are replete throughout the gut and serotonin may have specific regulatory actions on appetite in humans and animals. In particular, serotonin release may reduce the desire for carbohydrate foods, a benefit to anyone wishing to lose weight.

Robert Barrington is a writer, nutritionist, lecturer and philosopher.
View all posts by Robert Barrington →
This entry was posted in 5-Hydroxytryptophan, Serotonin, Weight Loss. Bookmark the permalink.